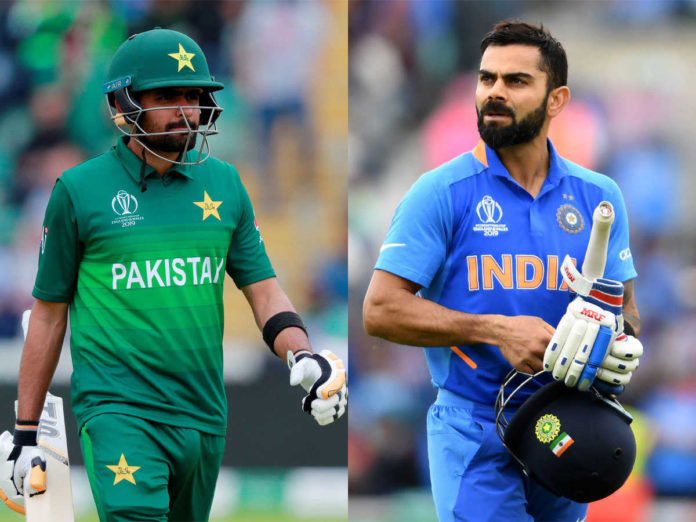 Amidst the gloom at the Old Trafford Cricket Ground in Manchester during the first Test between England and Pakistan, one player helped keep the sheen of the place and that was Pakistan’s prodigal number four Babar Azam. Often compared to his more illustrious contemporaries Virat Kohli, Steve Smith, Joe Root and Kane Williamson- Babar has been climbing up the ladder rather quietly but surely.

Ever since making his debut for Pakistan in 2015, Babar Azam’s reputation has escalated from being a limited-overs specialist to a promising Test batsman.

It has not always been easy for 25-year old Babar in the longest and truest format of the game. His talent was obvious, but in Test cricket, there’s constant scrutiny of one’s technique, skillsets and mental strength. Early parts of his career, he was found wanting-averaging modest 24 after 12 Tests.

Something had to give. So Babar changed the way he trains, the way he analyses his game. The results followed as his average soared 71 in next 15!

In an all-important first Test of the series, Pakistan chose to bat despite the heavy cloud cover. James Anderson and Stuart Broad bowled a probing line and the hosts were right in the thick of things taking two wickets after initial resistance.

In walked Babar, who was watchful yet defended with zeal and a straight bat.
Post lunch session as the pitch eased out a bit, the Lahore-born batsman unfurled an array of stylish attaching strokes en route to a 70-ball fifty without a scintilla of risk. Suddenly batting was easy.

Given he has four centuries in his last seven innings in whites, the elegant right-hander is expected to be Pakistan’s mainstay in an important assignment on the English soil.

Watching the young-gun play some scintillating drives against the likes of James Anderson, Sturt Broad, Jofra Archer and Chris Woakes, Nasser Hussain, regarded as one of the elite analysts around compared Babar Azam to Indian captain Virat Kohli, saying both belong in the same bracket.

Watching Babar play some breathtaking drives against the likes of James Anderson, Stuart Broad, Jofra Archer and Chris Woakes, Hussain, who is currently regarded as one of the best commentators going around, went on to say that people don’t talk about Babar much as he is not India captain Virat Kohli.

“If this was Kohli, everyone would be talking, but as it’s Babar Azam, no one is talking. He averages 68 since 2018 & 55 in white-ball cricket. He’s young, he’s elegant & he’s got swagger. They talk about the fab 4, but it’s the fab 5 & Babar is in that,” he said while commentating on-air.

Azhar Ali, Pakistan’s Test captain feels Babar is already on the same level of the likes of Kohli and Smith.

When asked if the 25-year-old can elevate himself to be put in the same bracket as Australia batsman Smith and India skipper Kohli in the next few weeks, Azhar said, “I think he is right up there already. People are thinking and talking about it. He is just hungry for runs and I think if he keeps doing that he will be up there for quite a long time”

Since the start of 2018, among batsmen who have played at least 15 Tests

Who will play the bigger role for their team in the #ENGvPAK Tests? pic.twitter.com/4K3N3vIszt

From fab four to famous five?

As things stand, Babar Azam’s career totals do not stand up to the sheer numbers of Kohli, Root, Smith or Williamson- at least not yet. However, since the turn of 2018, his Test average of 65.5 tops the other four’s aggregate- making a valid case for him to break into the famous elite group.

One of the fundamental reasons for him reaching out to the top four is his consistency. Azam has shown how good he can be, not just with his application but knowing where to put his foot down, especially since the turn of 2018. That run began with a solid ton on home soil against Sri Lanka in Rawalpindi. Scored of unbeaten 60, 100 and 143 followed in that series. Incidentally, Babar did not reach a three-figure mark in his 17th Test.

Babar Azam is still just 25. As his captain Azhar Ali suggested-he has shouldered the burden of scoring heavy runs for his team. The inevitable comparisons with the fab four will spur him on further to perform to his immense potential. None-the-less, if continues down this path, he might as well break a few batting records owned by his legendary compatriots like Mohammad Yusuf, Zaheer Abbas and Younus Khan.

The exciting prospect of witnessing a wonderfully talented batsman, who is on the cusp of turning the fab four into a quintet is real.