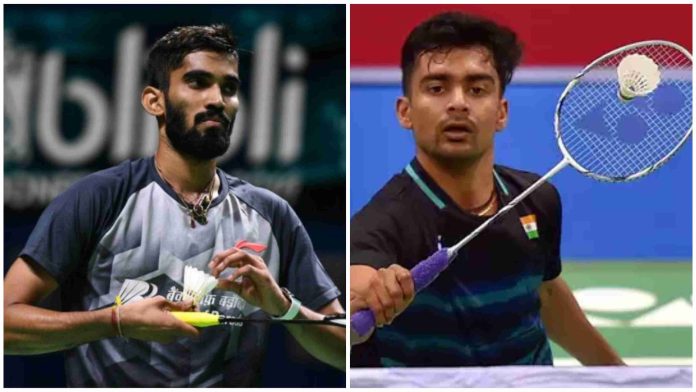 Having ranked number 10 in the Race to Guanzhou rankings, Srikanth would have had to win this tournament in order to qualify for the World Tour Final in December. In spite of the fact that he won bronze at the Commonwealth Games and also played a heroic role in India’s epic Thomas Cup win this year, the 29-year-old from Guntur decided to skip the tournament.

The last time Srikanth played was at the Hylo Open in Saarbrucken, Germany, where he reached the semifinals and achieved similar finishes at the Korea Open and Swiss Open. After PV Sindhu pulled out of the Guangzhou event on Sunday, HS Prannoy will be India’s only representative at the World Tour Finals.

In the Australian Open, Sameer Verma will lead India’s challenge. He returns after a long layoff due to injury. The first opponent he will face is Nathan Tang. The former world number 11 had qualified for the World Tour Final by winning three BWF tournaments in 2018 – Swiss Open, Hyderabad Open and Syed Modi International but unfortunately, had lost his rhythm followed by a COVID-induced break.

As a result of a calf injury, in addition to shoulder and hip problems, Sameer was forced to withdraw from the quarterfinals of the Danish Open last year. At the French Open, he won three games against world no. 8 Anthony Sinisuka Ginting.

A finalist at Orleans Masters Super 100, as well as a finalist at two international challenges in Nagpur and Bengaluru, Mithun Manjunath goes up against Singapore’s second seed Loh Kean Yew.

In the women’s counterpart, Tanya Hemanth will play Malaysian player Goh Jin Wei in the women’s singles, while Anwesha Gowda will take on Pitchaya Elysia Viravong.

Also competing in the doubles competition will be Simran Singhi and Ritika Thaker for women, and Hariharan Amsakarunan and Ruban Kumar Rethinasabapathi for men.