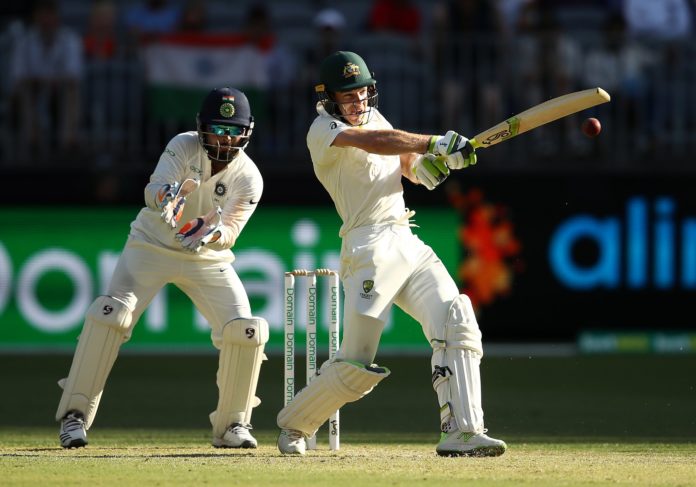 After a dismal outing in the first test at Adelaide, the Australian top order stood tall to get their side off to a confident start in the new Perth Stadium. Despite India making significant inroads in the afternoon session, their performance was derailed by a crucial half century by Travis Head in the final session of the game. 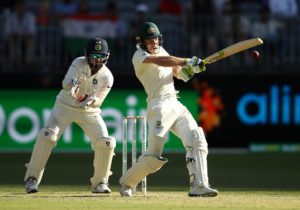 India just needed to win the toss and bat first after their bowlers required a much needed break following their heroics at Adelaide. But luck wasn’t on their side as Virat went on to lose yet another toss and had to settle to spend a day out on the scorching sun.

As said in the pre match conference, Kohli decided to field four seamers with Umesh Yadav being accomodated in place of Ashwin. But the green top turned deceptive in the first session as Aaron Finch and Marcus Harris ensured that Australia came out on top before Lunch. They got the team’s score to 66 at the stroke of Lunch.

Post lunch, the duo shifted gears and got the scoring rate going. Both of them had completed their fifties before Aaron Finch (50) was trapped plum in front by Bumrah, who had come to bowl his first spell in the afternoon.

Following their successful 112 run partnership, none of the other batters could get the momentum going. India then went on to pick up four wickets for the next 36 runs, including that of the set Harris. Harris (70), who looked set to go on to make a big score was undone by the extra bounce that Hanuma Vihari generated, nicking the ball into the slip cordon. Khawaja (5) once again failed to prove his worth, holding out to Pant after playing a loose shot of Umesh’s bowling. This period also featured a blinder of a catch by Kohli to dismiss Peter Handscomb. The batsman tried to cut a delivery that was too close to his body and Kohli caught the ball with his right hand in full stretch.

Shaun Marsh and Travis Head then continued scoring at a brisk pace and put the visitors on the backfoot once again. The pair shared an 84-run partnership for the fifth wicket with Head getting to his second fifty of the series.

Vihari, who was unlucky not to get Marsh following a drop from Pant soon got his reward after he once again deceived the batsmen with extra bounce. With India taking the new ball in the 82nd over, Ishant returned to the attack and removed a well set Travis head on 58.

At Stumps, Australia stand at 277/6 with Captain Paine and all rounder Pat Cummins at the crease. They will look to add some crucial runs to their current score before they eventually get bowled out tomorrow.