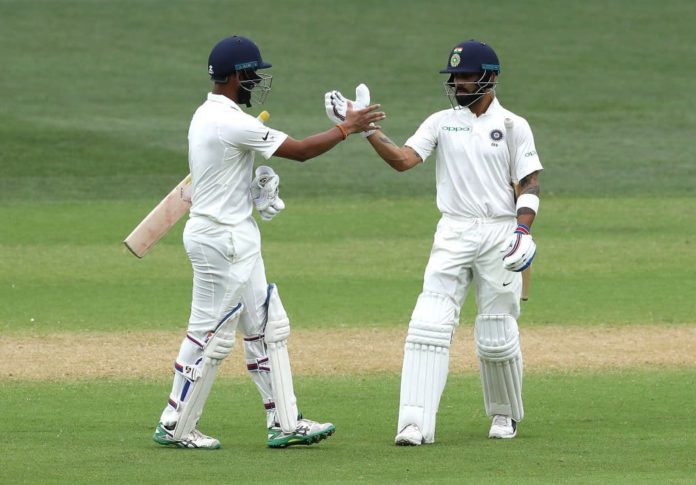 India stand at pole position at stumps on day 3 despite losing their skipper at the fag end of the day. 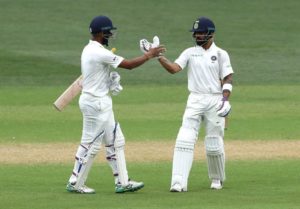 Team India enjoyed so much success on Day 3 which sees them begin to dictate terms on which way the game is heading despite the rain playing spoilsport earlier on in the day. After dismissing Australia quickly, the batsmen took control of the game to pile on the nominal lead they achieved.

Australia, who continued from their overnight score of 197-7 needed both Head and their tail to wag in order to get close to India’s first innings score. They lost Mitchell Starc early as he got out playing an attacking shot only to be caught out by Pant of Ishant’s bowling.

Lyon who entered next played a crucial knock of 24 to further lower the deficit. His quick fire knock comprised of 2 fours and a huge six that flew above the fine leg fielder.

Shami then returned to the attack to remove both Head and the incoming Hazelwood in successive deliveries to close Australia’s innings at 235. The visitors thus earned a nominal but a crucial lead of 15 runs.

This innings of Australia was marred by rain that halted their progress at regular intervals. Following their innings, India were left to face 61 overs in a extended day’s of play.

Both Vijay and Rahul, who set out to bat had equal amount of pressure behind their back following failures in the first outing. But the duo got their team off to a solid start, seeing off the shine and then gradually increasing the run rate.

Rahul, who was constantly being sledged by Cummins during his first spell decided to shift his gears and take the bowler to the cleaners. His six above covers of Cummins easily marked the best shot of the day.

In the 18th over when the score read 63-0, Starc returned to remove Vijay (18), who played a loose shot to be held out at second slip. Rahul (44) soon followed his partner after he played one shot too many. He just couldn’t handle the lines bowled by Hazelwood and fell for his plan.

Continuing the good start put up by the openers, the duo of Pujara and Kohli took control of the game and decided to take pole position. The ever dependable pair stitched a 71 run partnership between themselves to build on to the team’s lead.

Even though Lyon removed Kohli right at the very end of the day for 34, India ended the day very strongly. Lyon, who remained patient and persisted with his plan was finally rewarded with the golden wicket of Kohli.

India now stand on 151-3 with their lead at 166. Pujara continued from where he left off in the first innings and now stands strong on 40*. He’s currently being partnered by Rahane who stands on 1*.

The current batsmen a crease and the one’s to follow tomorrow will look to add to the solid lead and post a daunting target for the hosts to chase on the final day.