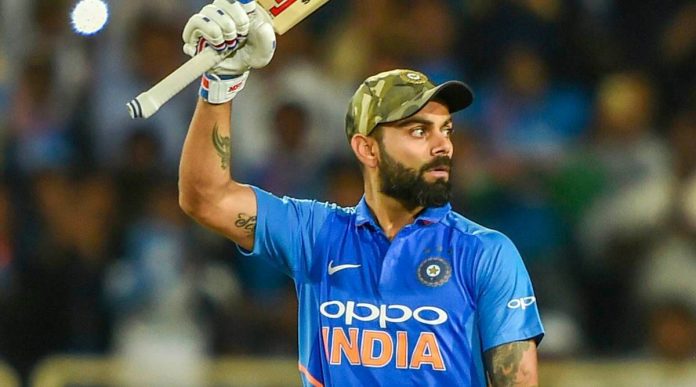 It is often said that a cricket captain is only as good as his team. Going by this notion, while Virat Kohli is yet to lay his hands on a major trophy as a skipper, he has established himself as one of the biggest cricketing icons and is touted to break Sachin Tendulkar’s incredible record of 100 international centuries.

As hypothetical as it may sound, the rhetoric that’s making media rounds is should the Indian national cricket team go for split captaincy? Enigmatic Virat Kohli currently leads India in all three formats, but ever since Rohit Sharma guided Mumbai Indians to a fifth Indian Premier League (IPL) title a fortnight ago, the debate has gathered momentum.

Some former players, including a very vocal Gautam Gambhir, have suggested that Rohit should be given the leadership of at least the T20 side, especially considering Kohli’s inability to mount a series challenge with his Royal Challengers Bangalore. While many like Kapil Dev and BCCI President Sourav Ganguly have called for continuity in Indian cricket’s top job.

There are a few aspects which need to be discussed before coming to a conclusion. Firstly, the individual record as captains of both Rohit Sharma and Virat Kohli in the IPL and in international cricket. The second issue has nothing to do with statistics but with personalities and the larger Indian culture and how a dual leadership system will fit into this ethos.

Since MS Dhoni resigned as a captain in 2016, Virat Kohli has taken over and led India with a lot of success in four years- leading India to their maiden bilateral ODI series win in South Africa, Australia, as well as an elusive 2-1 series win Down Under in 2018. Thus, India became the first-ever Asian side to win a Test series on Australian soil.

While Dhoni was lauded by many for his shrewd and tactical captaincy, Kohli has been appreciated for bringing ruthlessness in the side and maintaining an aggressive mindset at all times.

Somebody who leads by example on the cricket field, Kohli has been credited with the change in not just the players’ eating habits but also a dedicated fitness regime. Gone are the days when there were a few fielders who needed to be hidden on the field. Under Kohli’s captaincy, players now spend more time in the gym than before. While none of them is expected to have six-packs, each player is expected to give his 100% on the field. Kohli leads by example here as well. Even while fielding in Test matches, he is a livewire on the field and is known to give a tough time to his compatriots while running between the wickets.

Does Indian team management really have the option of looking beyond Kohli? He is the most powerful cricketer in the country and asking him to step down will come with its own set of complexities. Prime among them is the pressure that the new skipper will be under. If the new skipper won’t succeed, who is held accountable in that case?

What are the captaincy parameters that are looked at? Given that the Indian skipper is 32 now and the amount of cricket played is only going to grow, the Indian team management seriously needs to consider the workload of its elite cricketers, Kohli included. In the next 10 months, the Indian team will play a minimum of 14 Test matches (10 vs England, 4 vs Australia); play limited-overs cricket in addition to the rigours of IPL in summer. Keeping the 2021 T20 World Cup in mind, it is about time the think tank designates a certain series to players rather than facing a burnout.

Last time when Team India toured Down Under, Virat Kohli-led team had managed to clinch their maiden Test series in Australia where skipper had made 282 runs. As India prepares for the high-profile tour again, they’ll need all the things to go their way to beat a full-strength Australian side. Given his paternity leave during the Border-Gavaskar series, India might miss Kohli’s leadership also. As a captain, inconsistencies in Kohli’s team selection have drawn criticism. At the same time, India under Kohli carries a different intensity on the field, as was the case during the team’s triumphant tour two years ago.

There’s a debate if Kohli has taken the right decision by asking for paternity leave in the middle of such a high-profile series. After all, he is the captain. The answer is yes. However, Rohit Sharma has made a serious case for a dual-captaincy with his impressive leadership skills. He has got limited opportunities to lead India but has been brilliant whenever he has been asked to take over the responsibility. India has won 8 of the 10 ODIs under his leadership including a win in the Asia Cup in Dubai in 2018. His record as captain in T20I cricket is even more outstanding. India has won 15 of the 19 matches under Rohit’s captaincy in the format.

So it could be worth a gamble to hand over the reins to Rohit Sharma in white-ball cricket. Either way, it is a healthy headache for the sake of Indian cricket. Till the time Kohli continues to lead Team India, it’s safe to say Indian cricket is in safe hands.