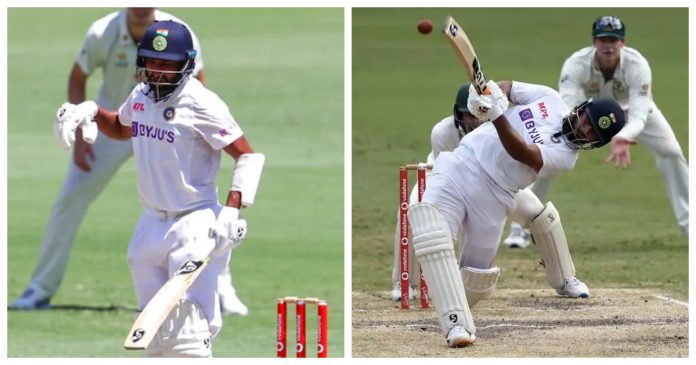 History, Legacy and Statement were all at stake for India on the final day of the tour. A tour which began by leaking 390 runs with the white ball and culminated with a daring attempt to chase 328 right in Australia’s fortress. Fifties from Cheteshwar Pujara and Shubman Gill set the tone for the visitors in the final innings. Pant played yet another sensational fourth innings clinic to steer India across the line.

After already having successfully completed the fourth innings challenge in Sydney, India stared at a similar situation yet again. Having only played a single over on Day 3, the visitors had a total of 98 overs to scale down the tricky 328 run target set in place. Australia, on the other hand, needed to sweep up the entire batting unit to reclaim the Border-Gavaskar trophy. 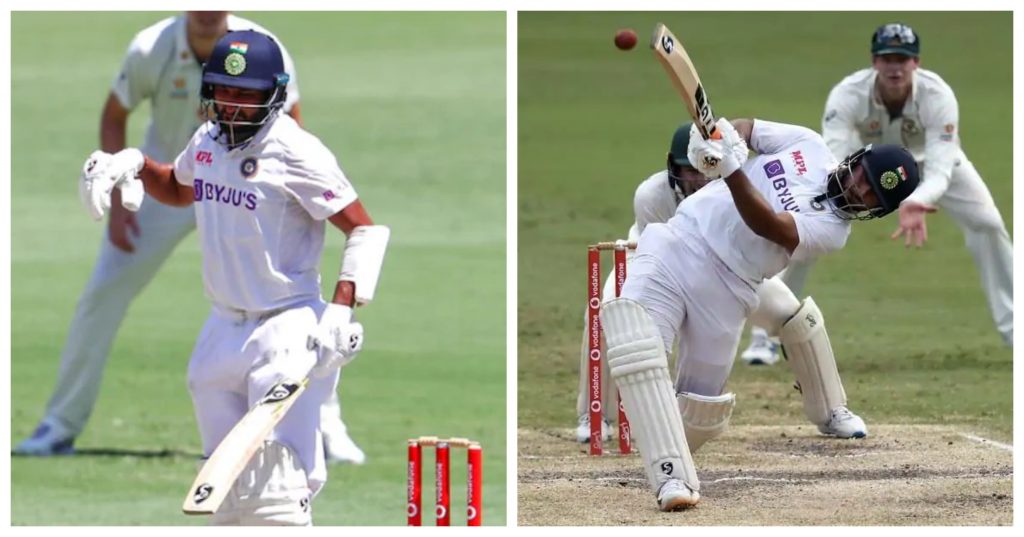 The hosts got the vital early breakthrough after Rohit Sharma edged one off Pat Cummins to a diving Tim Paine behind the wickets. Shubman Gill continued to impress while Cheteshwar Pujara ensured that India only loses one wicket in the first session.

Gill’s fluent stroke-making steered him to the nervous nineties for the first time in his career, also making him the highest run-scorer for India in this series, despite having played only 6 innings. He also became the youngest Indian to register a fifty in the fourth innings of a test, but he could not get to his maiden hundred. Nathan Lyon removed the young batsman and effectively brought the 114-run partnership for the second wicket to a close.

Pujara continued his vigil with sheer defiance and brought up the slowest fifty of his career. Skipper Ajinkya Rahane, despite staring with positivity, got out after playing a rash shot right before tea once again.

India were firmly in control at the tea break with the required run rate only being the factor deciding the outcome. India preserved 7 wickets while Australia desperately needed some to have a crack at the dodgy Indian tail with Mitchell Starc.

Australia rested the pair of Pat Cummins and Josh Hazlewood for the new ball and made use of Lyon and Labuschagne until the 80th over. The move paid off as Cummins struck with the very second ball to remove Pujara.

Agarwal, coming in at number 6, departed following a tame dismissal to give Cummins his fourth scalp of the innings. His untimely dismissal brought a spike in the required run-rate since the wicket over also proved to be a maiden.

Rishabh Pant punished the loose balls and kept India alive while debutant Washington Sundar took reward with risk. Consecutive boundaries off Cummins’ short deliveries brought an immense dip in the asking rate. Pant capitalised the very next over with a cheeky paddle sweep and a monstrous slog-sweep to mix power and panache to bring India closer to a historic win.

There was a final twist in the game with Washington Sundar departing for a crucial and well-made 22 off 29. Shardul Thakur joined Pant with 10 runs needed for a historic win. The wicket-keeper finished things off in style to bring a conclusion to one of the most memorable tours in the history of Indian cricket.

Early selection call for England series involves return of Kohli and Ishant, fitness of Bumrah and Ashwin to be monitored