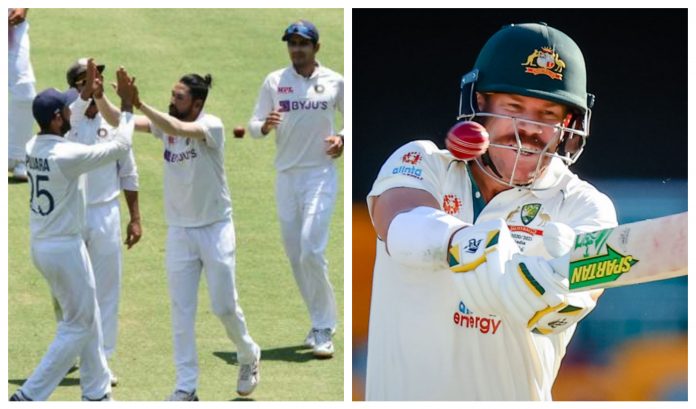 After enduring a taxing and a draining tour, the Indian bowlers stabbed their final stake by bowling out the Aussies for 294 in their second innings. Due to the slender lead the hosts had, India will have to chase 328 in their final outing of the tour for a win. It is also to be noted that the visitors will retain the Border-Gavaskar trophy if the fourth test ends in a draw.

Australia began day 4 by scoring at a brisk pace. The opening duo of Marcus Harris and David Warner set the tone with an 89-run stand for the first wicket. 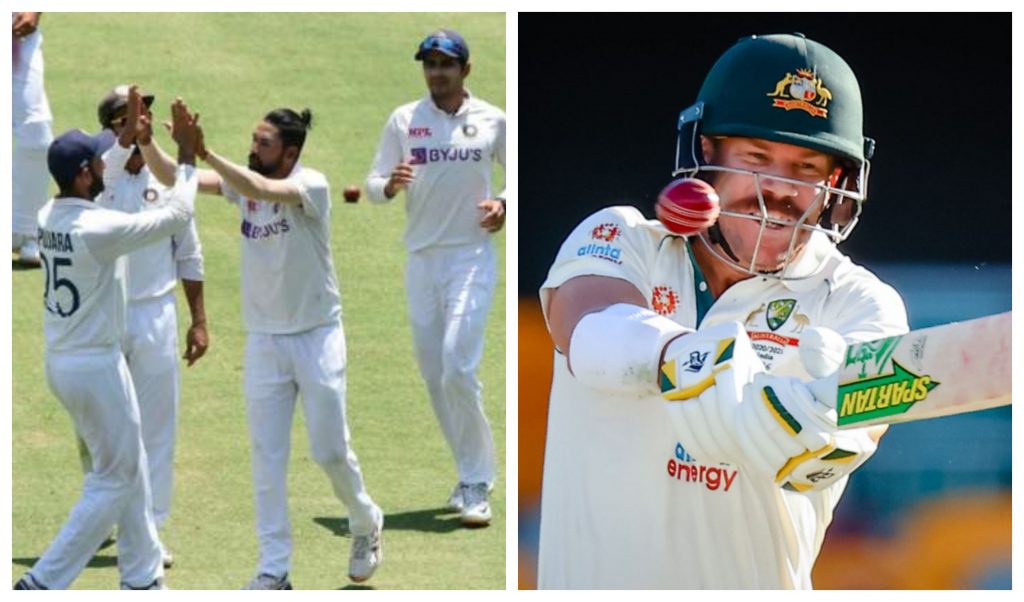 India managed to claw their way back into the session with three brisk wickets. David Warner, Marnus Labuchsagne and Matthew Wade were all sent back to the pavilion in a five-over frenzy period.

Steve Smith struck yet another half-century to put the Indians at bay in the second session. A rising delivery from Mohammad Siraj hit the glove of Smith, prompting the ball to pop up and fall into the hands of Rahane. While there were initial doubts whether the glove was in contact with the handle when the ball struck, the review made things clear and sent Smith on his way.

Similar to the first innings, Cameron Green and Tim Paine chipped in with decent vital knocks before the tail haunted India once again. The visitors needed 11 overs to dismantle the lower order which included a frustrating unbeaten 28 run innings by Pat Cummins. Shardul Thakur and Siraj registered the best figures for an Indian bowler at the Gabba since Zaheer Khan in 2003. The 26-year-old Siraj got his maiden five-wicket haul as well with Hazlewood’s wicket which brought the innings to a close.

With 328 required in about 4 sessions of play, India faced a similar predicament like the third test in Sydney. The invariable bounce spoke aloud on the penultimate day along with rain, which halted India’s pursuit in just the second over.

The persistent rain had the final say as only 11 overs were bowled in the final session. With all wickets intact India are 324 runs behind the target while Australia are 10 wickets away from lifting the Border-Gavaskar trophy.