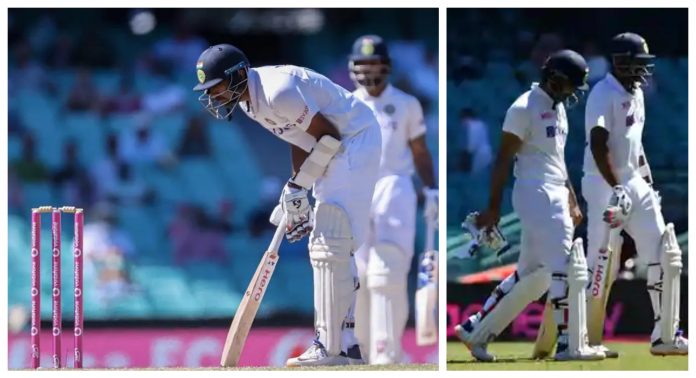 Immense strength of character was brimming at the Sydney Cricket Ground as a wounded team India trudged out to silence their naysayers, yet again.

The visitors commenced the final day on 98-2, 309 runs from the target set by the Aussies. It did not take long for the first wicket to fall with Ajinkya Rahane falling to Nathan Lyon for just 4. Rishabh Pant was sent in ahead of Hanuma Vihari at Number 5 and the wicket-keeper batsman caught the hosts off guard with his counter-attacking approach. 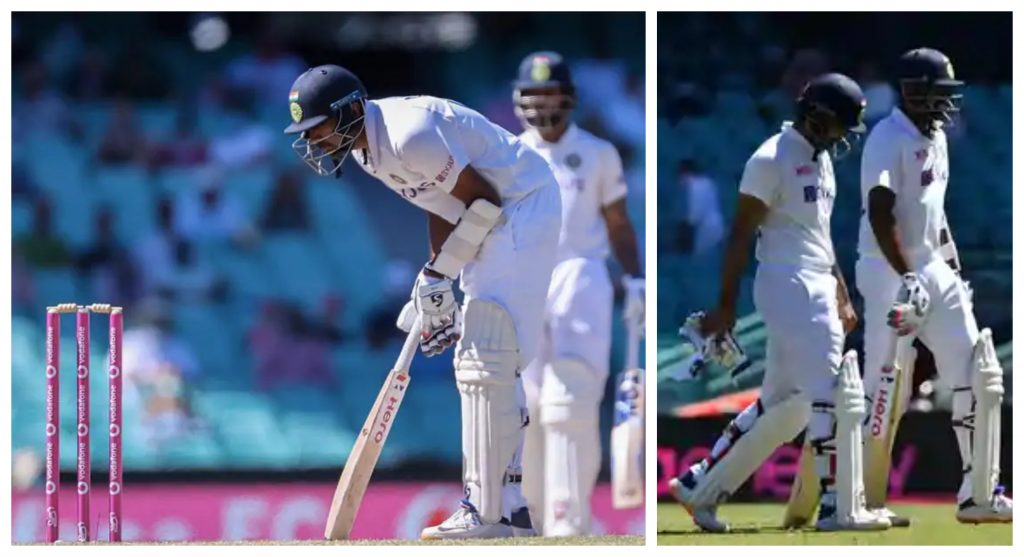 Pant started slow and held the fort alongside Cheteshwar Pujara who surpassed the 6000-run mark in the longest format of the game. However, after settling, the wicket-keeper batsman took on the bowlers, especially spinner Lyon.

The pair put on a 148-run partnership and rattled the Aussies in the process. The youngster missed out on a well-deserved hundred by 3 runs with a massive edge sealing his downfall.

Vihari walked in under tremendous pressure with his place in the team in danger as well. Pujara upped the scoring rate to take the heat off Vihari, who took over 18 balls to get off the mark. Hazlewood struck with the new ball to get a huge breakthrough by breaching the defence of Pujara. The batsman was deceived by the movement and bounce and had to depart for 77 off 205 deliveries.

The pair of Ravichandran Ashwin and Hanuma Vihari took India to the session break without any more damage. The team were battled with obstacles in the form of injuries ahead and into the final session. Australia have themselves to blame with the drop catches of Rishabh Pant an

Vihari suffered a hamstring injury which made strike rotation immensely difficult. Ashwin, on the other hand, was met with a barrage of short deliveries upon his arrival to the crease and was subjected to several blows to his shoulder and chest. Ravindra Jadeja, who was ruled out of the tour with a dislocated thumb, padded up as well to rescue the team with the help of pain killers and injections.

A performance for the ages was on display at the SCG as the pair went on to play out the entire final session. Their resilience ensured that India played out 131 overs in the fourth innings, the highest the team have ever played since 1980. Australia were left frustrated as the wounded duo of Vihari and Ashwin fended off the bowling attack with a partnership of 62 off 259 balls.

If you like reading about MMA, make sure you check out MMAIndiaA performan.com
Also, follow India’s biggest arm wrestling tournament at ProPanja.com