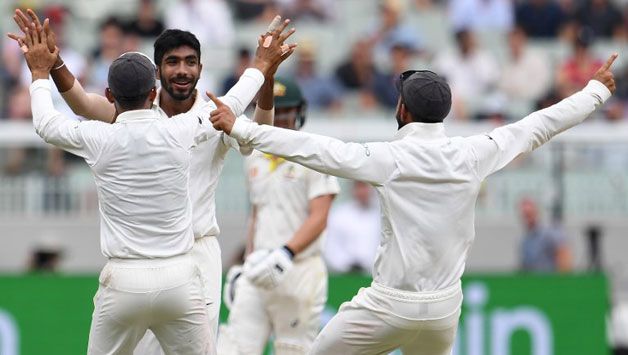 Jasprit Bumrah emerged as the star of the show with career-best figures of 6-33 that rattled the Australian line-up. Resuming from their overnight score of 8-0, the Aussies never looked settled on the MCG wicket where run scoring has not been fluent so far.

Bumrah along with the rest of the bowling attack continued their good work Down Under and piled the misery on the batsmen. With no batsman scoring more than 22 runs, the hosts ended up with just 151 on board, 291 runs behind the visitors.

In a surprising call, Indian skipper Virat Kohli did not opt to enforce the follow-on. Pat Cummins put on a clinical fast bowling performance that rattled the mighty Indian middle order. First Innings heroes Cheteshwar Pujara and Virat Kohli were dismissed for a duck in the space of four balls with Ajinkya Rahane and Rohit Sharma soon following suit.

Despite the unexpected collapse, the visitors are still ahead in the game with the mighty Aussies in dire need of a miracle to turn the contest in their direction.

Watch: Kohli is so fast between the wickets that he almost laps Chesteshwar Pujara while running a 3!