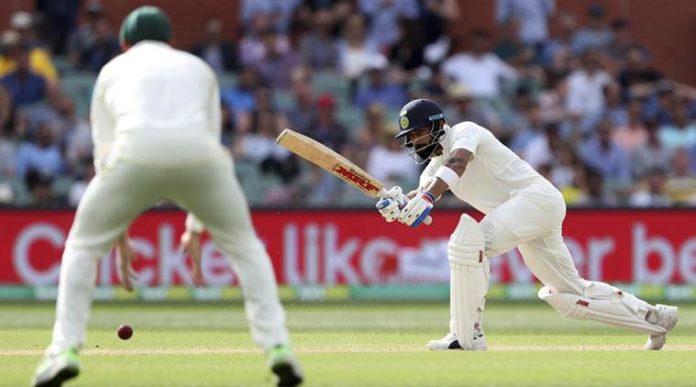 A sluggish day of test cricket culminated with the visitors declaring their innings at 443-7 towards the end of the day’s play.

Resuming at 215-2, Cheteshwar Pujara and Virat Kohli continued their work from yesterday to ensure a wicketless first session. While the No.3 batsman went on to snatch his 17th test hundred, the Indian captain missed the mark after getting dismissed for 82. Rohit Sharma justified his selection with a well-struck half century and stayed unbeaten at 63. 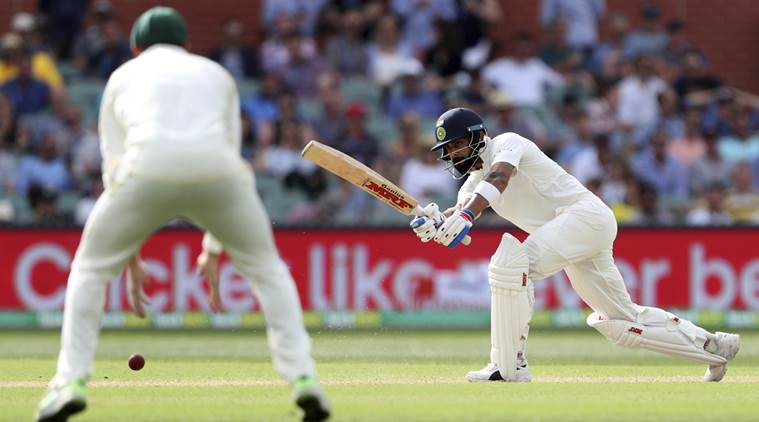 Pat Cummins shone through the Australian bowling attack with 3 wickets to his name while Starc scalped the crucial wickets of Kohli and Rishabh Pant to add 2 to his tally.

The Australian openers, Marcus Harris and Aaron Finch had a trial by fire during their short stint at the crease, but managed to remain unbeaten despite some fiery bowling by Jasprit Bumrah.

While the pace of the game and the wicket has been the talk around town so far, a positive bowling effort by the Indian bowling line-up against a resilient Aussie batting order would be an exciting contest to witness on Day 3.