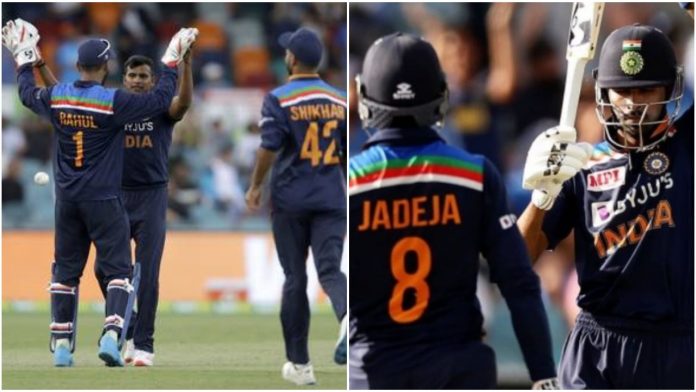 Testing the bench strength and pride were the prominent points on the agenda as India and Australia faced each other in the third ODI in Canberra.

Virat Kohli finally called the right side of the coin and elected to bat first while naming a slew of changes following their twin losses at Sydney. T Natarajan was handed in his debut while Shardul Thakur, Kuldeep Yadav and Shubman Gill also made it into the playing eleven. Australia, on the other hand, in the absence of Pat Cummins, brought in debutant Cameron Green and Sean Abbott. 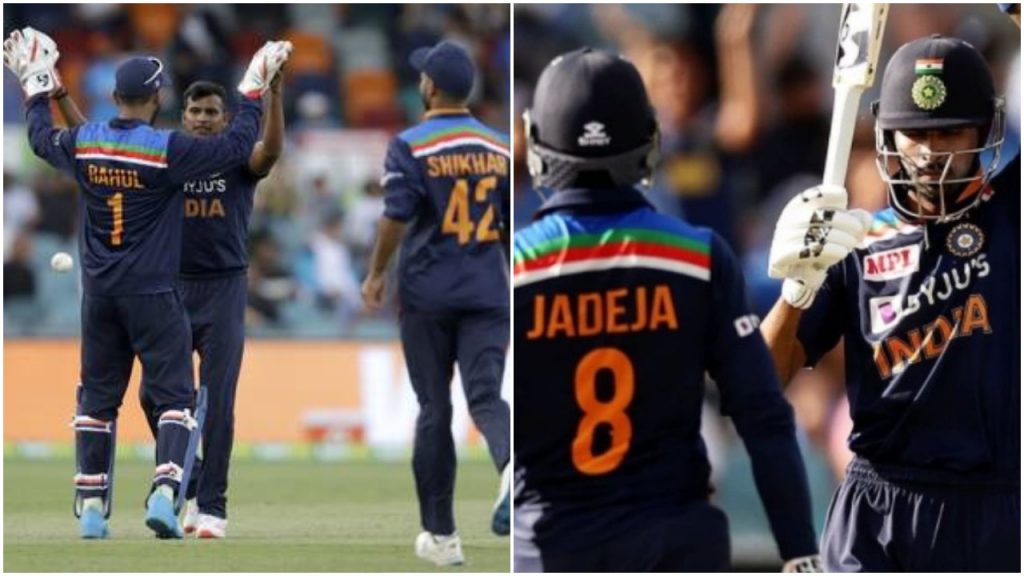 The early dismissal of Dhawan brought Abbott’s second ODI wicket, after a gap of nearly six years following his first in the format. Gill shared a fruitful stand with the skipper, but he failed to convert after obtaining a start of 33 off 39 deliveries.

Virat Kohli became the fastest player to register 12000 ODI runs and scored the second fifty of the series. However, the middle order failed to coast through the middle overs as the side slumped from 114-2 to 152-5.

The in-form pair of Hardik Pandya and Ravindra Jadeja rescued the innings with an unbeaten 150-run partnership for the sixth wicket. The partnership went on to be India’s third-highest sixth-wicket run stand.

Hardik Pandya narrowly missed out on a ton yet again, while Jadeja’s onslaught on Sean Abbott brought his fifty as well. The duo’s efforts helped India set a target of 303 for the Aussies to chase.

Marnus Labuschagne was promoted to the top of the order to fill in the void left due to David Warner’s injury. The Men In Blue notched up their first powerplay wicket in five ODIs as Natrajan got his maiden wicket.

Shardul Thakur struck twice to get rid of Steve Smith and Moises Henriques early in his spell. Aaron Finch surpassed fifty for the third time in this series but got out at a bad time in the chase to Ravindra Jadeja.

Despite Glenn Maxwell’s promising knock in the final stages of the game, quick wickets towards the end of the game tilted to fixture towards India. Pa