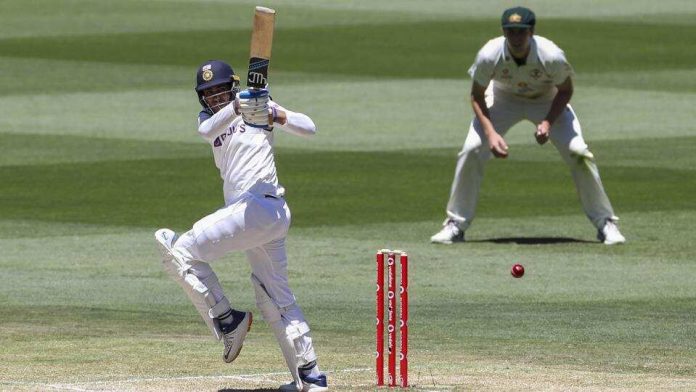 India were able to see the win from a distance after the culmination of the third day of the Boxing Day Test. With a slender lead of 2 runs and 4 wickets in hand, Australia needed a miracle to get off the web that the Indian bowlers have set them up with so far this series. While they endured a little scare, India finally coasted to a well-deserved victory at the MCG, twice in a row.

The Australian tail showed great resistance as they usually do. Indian bowling attack had to probe an entire session to scalp the remaining wickets.

Jasprit Bumrah, Mohammad Siraj and Ravichandran Ashwin added entries to their wicket tally to finish the Australian innings at exactly 200. As a result, India were set a target of 70 to win their fourth-ever test at the iconic MCG.

Shubman Gill opened the innings with great intent and was rewarded with an early inflow of runs. Meanwhile, Mayank Agarwal’s lacklustre tour continued after yet another dismissal at the hands of Mitchell Starc.

Cheteshwar Pujara’s struggles also found another entry in the run chase. Pat Cummins was able to get the better off him in a dismissal that almost mirrored his wicket from the Adelaide debacle.

Sitting at a nervy 19-2 and 51 runs away from their target, Gill was joined by skipper Ajinkya Rahane at the other end. The young opener kept his positive intent going with a streak of impressive boundaries.

While the Aussies dropped Rahane’s catch, their fate was sealed by then with only a few runs needed for the fruitful win. The visitors finished the chase in the sixteenth over as the stand-in skipper hit the satisfying winning runs.

The teams will now face in Sydney and Brisbane to settle the winner of the Border-Gavaskar trophy.