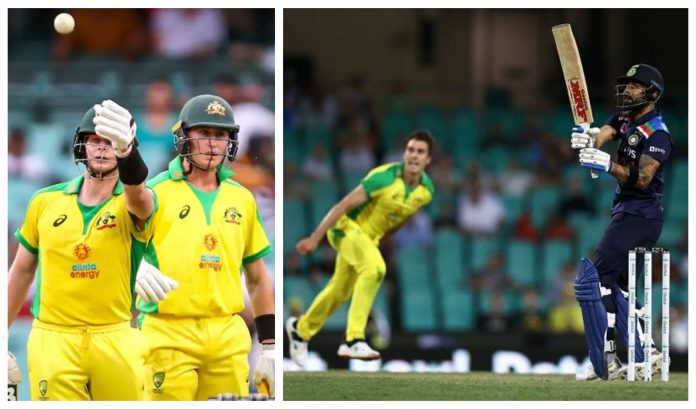 India and Australia converged at the same venue for the second ODI of the three-match series. Banking on Steve Smith’s glamorous ton, the hosts were able to inflict a 51-run loss on India and grab an unassailable 2-0 lead.

Virat Kohli failed to call the coin right once again which allowed Aaron Finch to once again bat first on a scorching day in Sydney. Marcus Stoinis was ruled out as a result of an injury sustained in the first ODI which allowed fellow all-rounder Moises Henriques to make a comeback to the playing eleven. India, on the other hand, named the same team which succumbed to a 66-run defeat in the earlier contest.

The in-form Australian openers piled the misery on the Indian bowlers right from the word go. The pair registered their third consecutive 100-run stand as the bowling unit kept probing for a much-needed breakthrough. 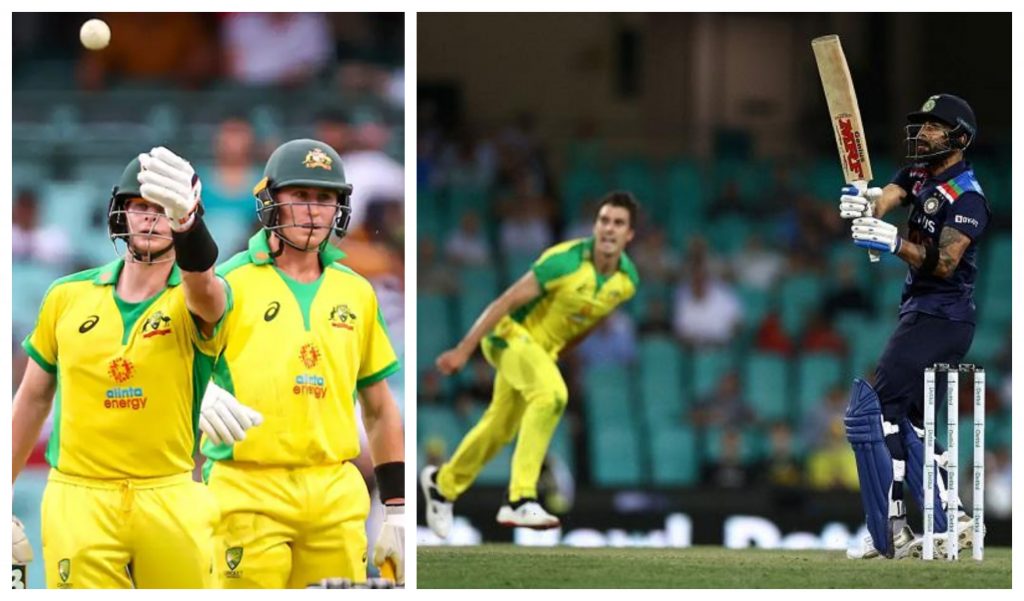 It was Shami once again who delivered the breakthrough with the wicket of the opposition skipper. Finch’s dismissal brought the curtains down on a glittering 142-run opening partnership.

David Warner missed out on a hundred courtesy of a brilliant piece of fielding from Shreyas Iyer. The fielder’s direct hit from long-off caught the left-hander short of the crease and as a result, had to depart for a well made 87.

With the RCB duo of Navdeep Saini and Yuzvendra Chahal going for runs without too much success, Kohli had to lean towards Mayank Agarwal for an over and ultimately to the injured Hardik Pandya.

The all-rounder was able to bowl 4 overs and snatching the wicket of Steve Smith in the process. The ace batsman matched his effort from the first ODI with yet another ton in 61 balls and also notched up a third consecutive hundred against the Men In Blue.

Aussies managed to rack up 114 runs off the last 10 overs with Marnus Labuschagne scoring 70 and Glenn Maxwell smashing an unbeaten 63 off just 29 deliveries. The combined effort of the batting unit, which saw all of the top five batsmen scoring fifties for only the second time in history, Australia were able to set a target of 390 for the visitors.

India got off to a flier of a start once again with Shikhar Dhawan and Mayank Agarwal firing. The duo, however, lost their wickets after getting scoring 30 and 28 respectively and were unable to make much off their early platform.

While Virat Kohli opted for an all-out approach in the previous game, he went for a reserved start this time around. The move paid dividends as he was able to string a crucial partnership with Shreyas Iyer, who was bombarded with a string of short deliveries.

The 93-run budding bridge was broken courtesy of Moises Henriques with the wicket of Iyer for 38. The all-rounder came into the picture once again with a stunning grab at short midwicket to send back Virat Kohli for 89 off Josh Hazlewood again.

Despite KL Rahul’s 76 and brisk cameos from all-rounders Hardik Pandya and Ravindra Jadeja, the 390 run target proved to be too steep in the end.