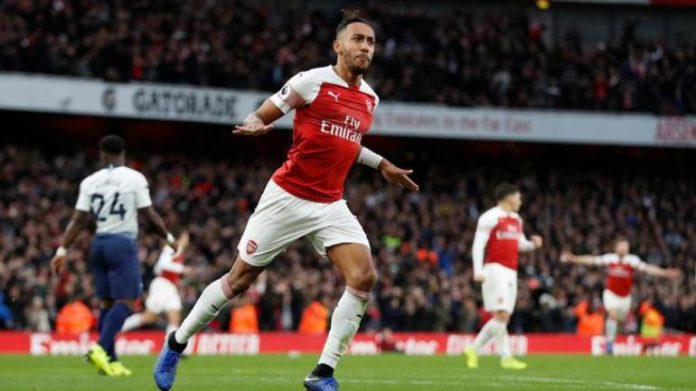 Arsenal star Pierre-Emerick Aubameyang has responded to Tottenham fan who threw the banana peel on him in Sunday’s thrilling north London derby, following the striker’s celebration after he put the hosts in the lead after the 10 minute mark at the Emirates Stadium. 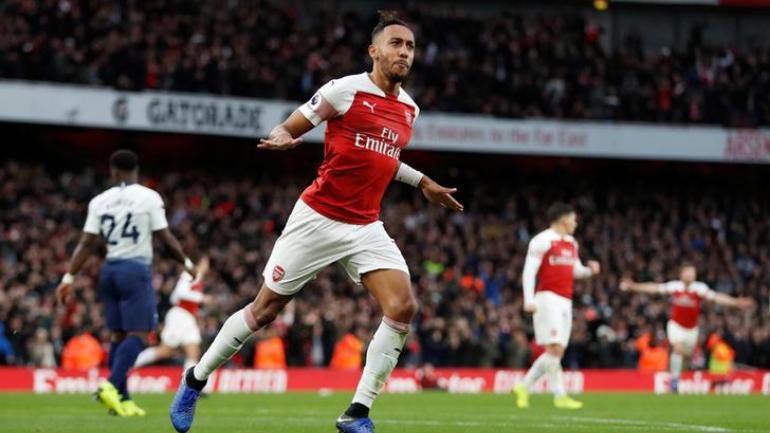 The Gabonese striker shined in Arsenal’s 4-2 demolition of their bitter rivals with a brace, including the penalty in the 10th minute, thanks to Vertonghen’s handball in the box. The celebration that followed triggered the opposition’s fan to throw a banana skin at the striker. The incident promoted Tottenham to indefinitely ban the person in question from attending games, and was soon arrested as ‘racist’ hints were all over the place.

The 29 year old Arsenal forward later posted on his official Instagram about the incident. A picture that showed the peel coupled with the caption “#whysmandoingthis?” chased by a banana emoji was seen. Soon a statement from a Tottenham spokesperson confirmed that the fan will be banned, and that the club condemned his actions.

UEFA president Aleksander Ceferin calls the incident “a disaster” and questions the present state of the fans despite how far the world of football has come, and urges clubs to educate fans regarding the matter. England national team manager Gareth Southgate believes the incident was racially motivated, while Arsenal boss Unai Emery remains intolerable regarding the same.