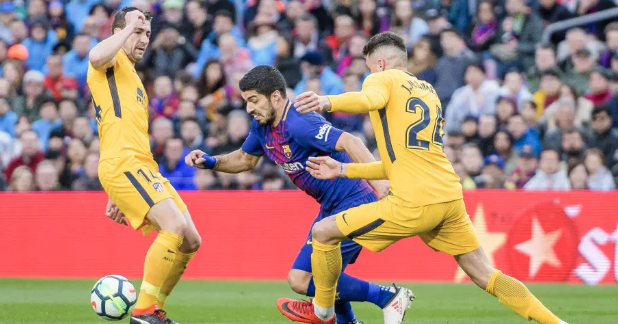 These two teams have met in LaLiga on 162 occasions. Barcelona have won 73 times, making for a win percentage of 45%. There have been 39 draws, while Atlético come out on top in the league on 50 occasions.

Talk about a big-game player. Over the course of his career, Leo Messi has met Los Colchoneros 36 times and has scored 28 goals. Only Sevilla, against who he has scored 32 times, have suffered more at the hands (or feet…) of the Barça number 10.

Although ‘El Cholo’ Simeone may have won a league title at the Camp Nou with a 1-1 draw back on the final day of the 2013/14 season, he has never actually collected three points against the Blaugrana. The Argentine has faced Barcelona in LaLiga Santander 13 times, losing nine and drawing four. Could this be the year he snaps his unwanted winless streak?

There hasn’t been a goalless draw in matches between these two teams since 2013. They’ve played 17 times across all competitions since then and every one of those 17 meetings has produced at least a goal.

Interestingly, there have been two five-goal wins at Atleti’s new Wanda Metropolitano stadium since it opened in the summer of 2017, but neither was achieved by the home club. One was a 6-1 win over Argentina for Spain, while the other was Barcelona’s 5-0 Copa del Rey final victory over Sevilla.