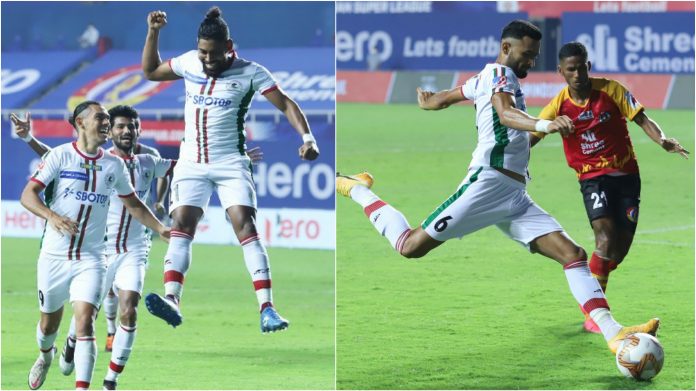 ATK Mohun Bagan who were rebranded in this season squared off against the new entrant and old rivals, SC East Bengal in the Indian Super League(ISL) on Friday evening at Tilak Maidan in Vasco, Goa. Antonio Habas’ men emerged victorious after the match ended with a 2-0 goal scoreline. 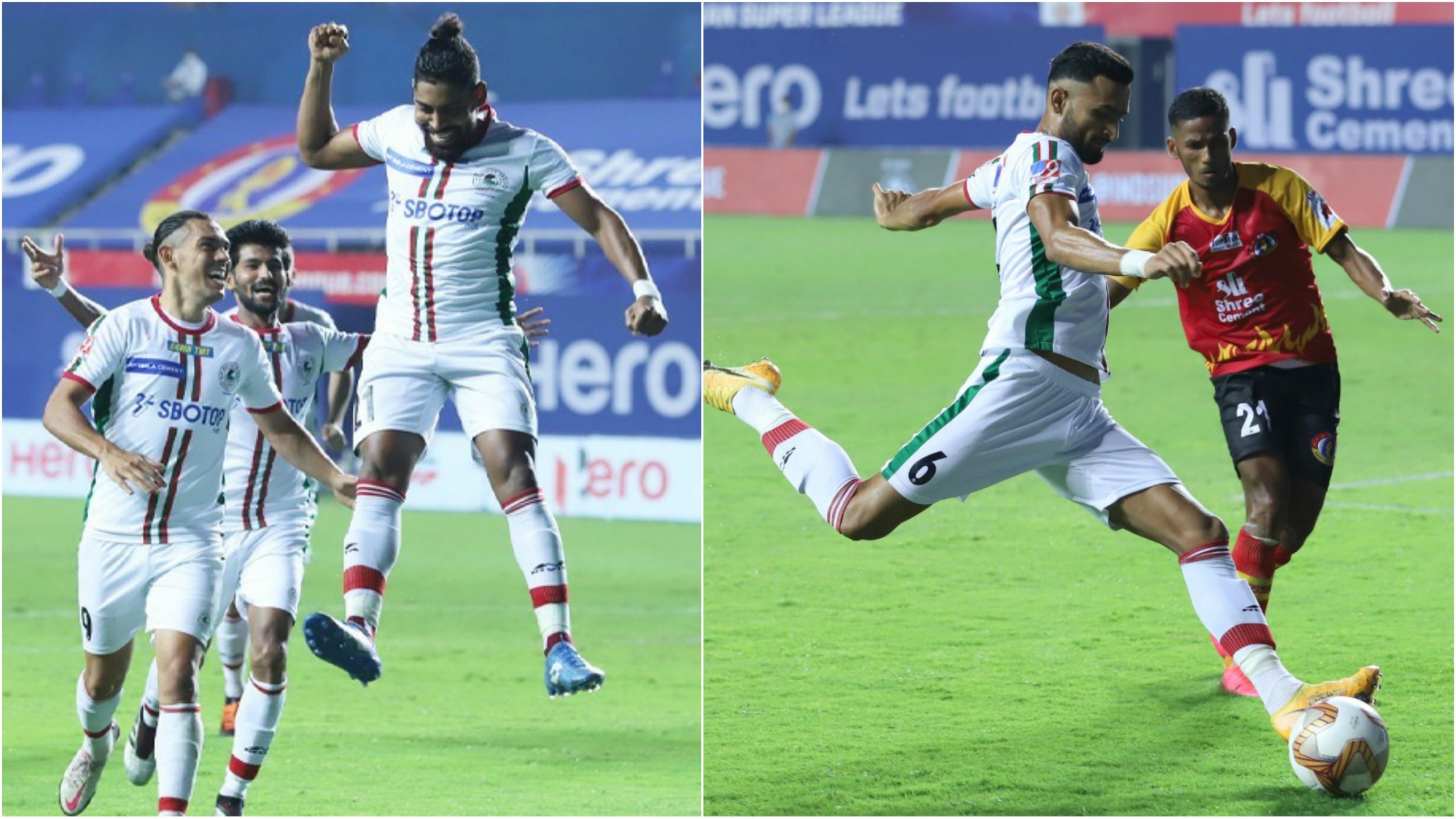 Friday evening saw the most anticipated match as the Kolkata Derby took place in the ongoing ISL campaign.

Due to the COVID-19 pandemic, the fans were missed at the Tilak Maidan Stadium to witness the historic match. But, fans certainly enjoyed a cracker of a match from their homes.

East Bengal had created an early chance in the 8th minute but Anthony Pilkington fumbled and he failed to connect his foot with the ball.

The match was getting physical and the referee was busy with his whistle as players committed foul every now and then.

ATKMB started the match well as they created several chances as well. They managed to take multiple attempts on the goal. 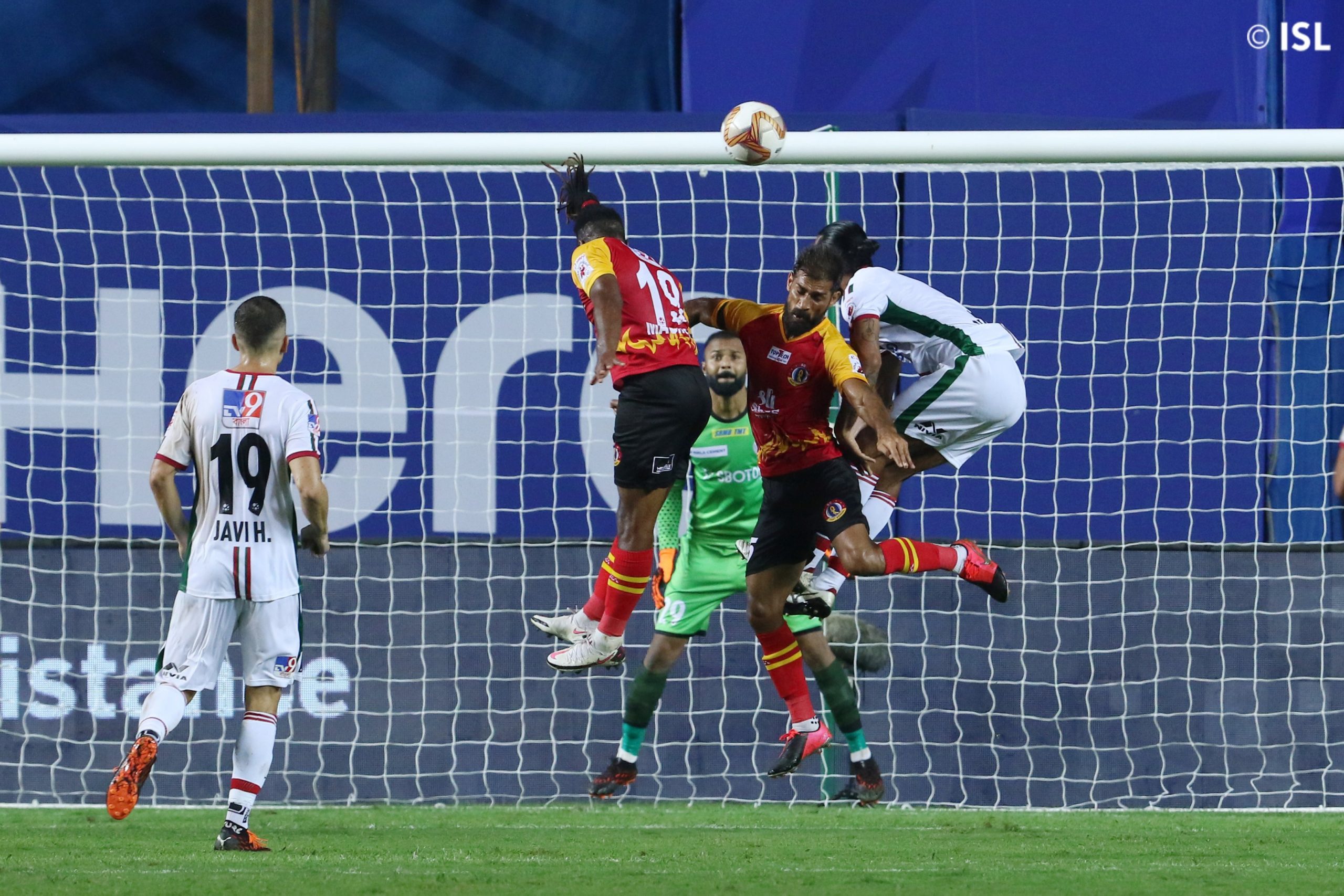 In the 36th minute, Subhasish’s pass found Javi Hernandez whose shot was on target but East Bengal goalkeeper, Debjit Majumder came up with a brilliant and crucial save.

ATKMB were able to get the lead within four minutes after the commencement of the second half. Roy Krishna rose to the occassion once again for his side as he registered another goal. 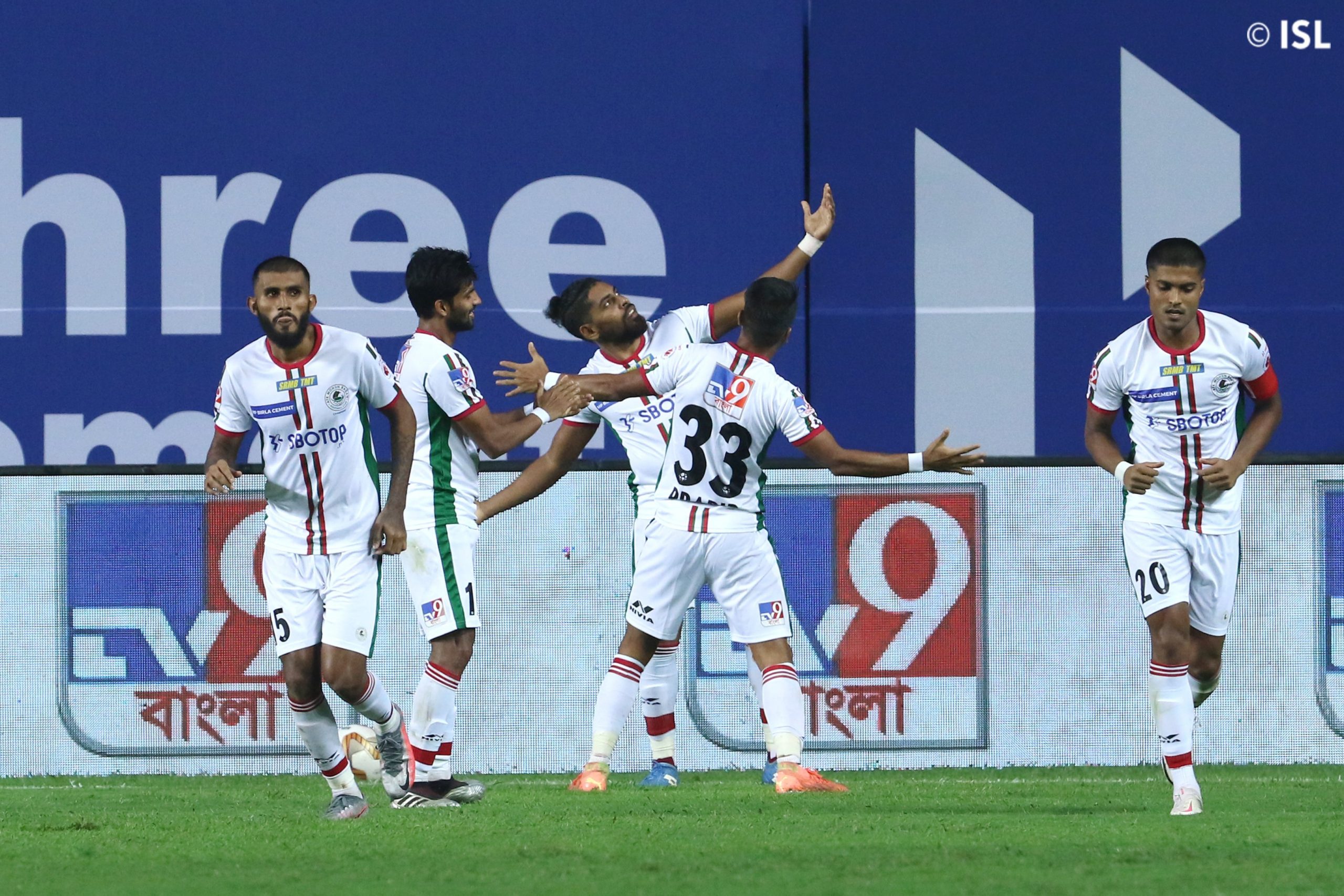 A turnaround pass from Javi Hernandez was capitalised by Krishna whose powerful strike found the back of the net. However, East Bengal goalkeeper should have put up more effort to make a save.

In the 83rd minute, Pilikington had fired an incredible shot on goal but was denied by ATK Mohun Bagan goalkeeper, Arindam Bhattacharjee. This was an outstanding opportunity for the equalising goal.

Manvir Singh scored the second goal for ATKMB in the 85th minute as they seal their victory of the match. He pulled off a stunning goal after he shot the ball with defenders in front of him.