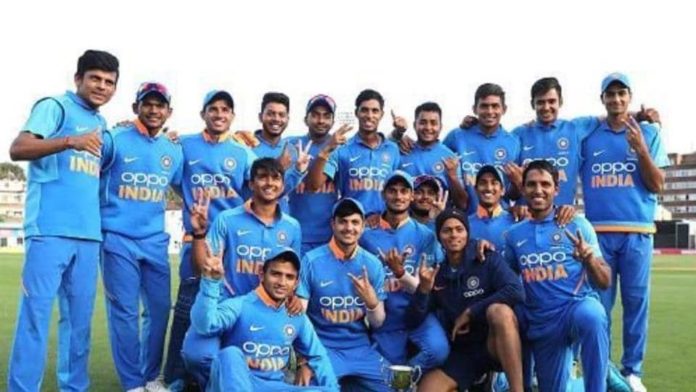 Defending champions and the most successful team in the history of the U19 world cup since its inception in 1988, India are ready to defend their title and win the title for the fifth time and become the second team after Pakistan to defend their U19 title.

India who won the title for the first time in 2000, went onto win the world cup in 2008 , 2012 and 2018. India have got some really talented players from the U19 segment who have gone onto bring laurels for the countries such as Virat Kohli, Shikhar Dhawan, Yuvraj Singh, Mohammed Kaif and Prithvi Shaw.

The trio of Rahul Dravid, Paras Mhambrey and Abhay Sharma would like the India team to win yet another world cup and the team looks very balanced with good batsmen in Yashasvi Jaiswal , Priyam Garg and Dhruv Jurel who will also keep the wicket for the Indian team.

The Indians are also loaded with pacers which includes Akash Singh, Kartik Tyagi and the Ranchi lad Sushant Mishra. 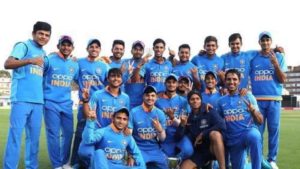 India also have quality spinners in Atharva Ankolekar and Ravi Bishnoi who can spin a web against the opposition. The Indians will have already been with an injury as All-rounder Divyansh Joshi dislocated his shoulder and will be replaced with Siddhesh Veer who has utilized the opportunities given to him in the quadrangular series to his full potential.

Veer who was brought as a replacement for Joshi got a chance against New Zealand and in the finals against South Africa, where the batsman opened the innings and scored 71 and in the finals when the team was in some trouble he scored a quick fire 48.

India have already have had good start to their campaign as the Indian U19 defeated South Africa in a three match series, where India won two games and lost the last game.

India also participated in the Quadrangular series where India faced New Zealand and Zimbabwe along with South Africa and on the tournament unbeaten .

India are going to play two games against Afghanistan and Zimbabwe before the team plays their first game of the world cup against Sri Lanka on 19th January .

India have been in tremendous form coming into the World Cup as the team also won the Asia Cup in 2019 after Colts defeated Bangladesh defending only 106. Spinner Atharva Ankolekar and Sushant Mishra where the heroes of the game where as pacer Akash Singh had rocked back the Bangladeshi top order, which helped India win the game after a disappointing batting performance.

India are grouped in Group A along with neighbors Sri Lanka , New Zealand and first timers Japan who qualified from the Pacific Oceania region after they defeated Papua New Guinea in the finals.

Yashasvi Jasiwal: The UP Born lad plays for Mumbai first class team and has already made a name for himself after he scored a double century against Jharkhand in Vijay Hazare Trophy. Jaiswal has also some skill with the ball as well as the new Rajasthan Royals recruit made a mess of the South African batting lineup by taking 4 wickets and conceding just 11 runs.

Priyam Garg: The young man from Uttar Pradesh has already showed signs of him being a good leader and has also shown signs of being the man for crunch situations as it was seen in the finals of the Quadrangular series against South Africa where India had already lost 3 wickets for 17 . Garg went onto score a stupendous 100 to help India clinch the series.

Atharva Ankolekar: The off spinner will be a key player, he was the hero for India’s win against Bangladesh in the low scoring Asia Cup final in 2019. India and Rahul Drvid will be hoping that the young man will take wickets in the middle overs and put pressure and break the backbone of the middle order.

Akash Singh, Sushant Mishra and Kartik Tyagi: The trio of the three pacers would like to emulate Kamlesh Nagarkoti, Shiwam Mavi and Ishan Porel. These three pacers are known for their pace and line lengths and can disturb any batsman with their sheer excellence.