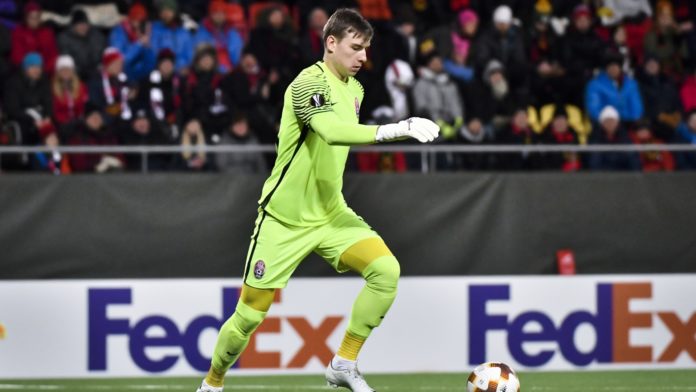 Real Madrid sign Ukrainian young Goalkeeper Andriy Lunin for €14 million.
He has reportedly signed a six-year contract with the European Champions which would see him staying at the Bernabeu till 2024. Lunin, a Krasnograd native was a part of the Zorya Luhansk side last season and made 29 appearances. His performance in the league is said to have impressed the new Real Madrid manager, Julian Lopetegui. 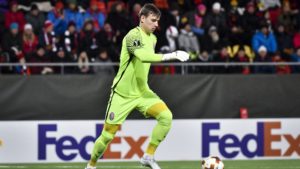 This was Lopetegui’s first signing for Real Madrid and Lunin is considered one of the top prospects in Goalkeeping all around Europe. He started his career at Dnipro Dnipropetrovsk making his debut at 17 and has made 2 appearances for Ukraine making him the youngest goalkeeper to do so.

Signing Lunin, even though he is only 19 may turn into a low risk but high returns move as same as Rafael Varane. He might have to go off on loan, considering Goalkeepers don’t get replaced that much.

Let us know what you think about it in the comments below!