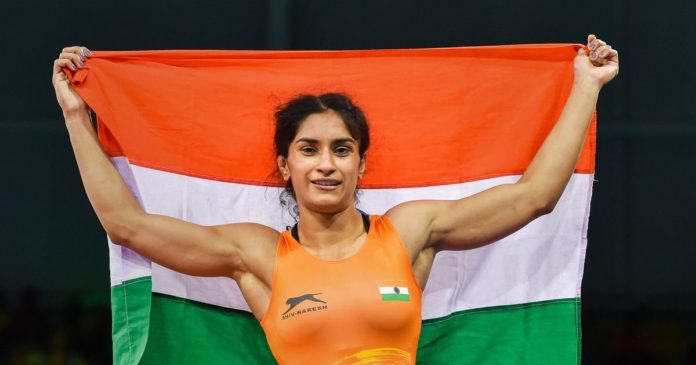 Vinesh Phogat created history on the wrestling mat on Monday evening as she became the first Indian woman to win a gold medal in wrestling at the Asian Games.

Vinesh defeated Irie Yuki 6-2 in the 50kg category to bag the top prize and take India’s tally of gold medals to two at the 18th edition of the Asian Games in Indonesia. 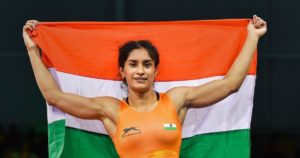 In the first round, Vinesh takes four points to take a 4-0 lead. In the second round, Vinesh given chance to make most of 30 seconds penalty where she has to take a point. But, Irie holds firm and takes the point for herself. Irie gets another point to reduce the deficit to two points. But, Vinesh Phogat adds two points to her tally to win the historic Gold medal.

At the beginning of the tournament, Vinesh was up against China’s Sun, against whom she had suffered the heart-breaking leg injury during the Rio Olympics. But this time she made no mistake and defeated her 8-2 to enter the last 8 of the 50 kg category.

Even leading up to her quarterfinal bout she performed at the top of her game as she defeated Hyungjoo Kim of South Korea 11-0 to win by technical superiority.

This is Vinesh’s second medal at the Asian Games, she won a bronze medal in Incheon four years ago.

The moment of the win. Cannot be more proud of Vinesh Phogat. Calm, resolute, eyes on the target.#Respect | #VineshPhogat | #AsianGames2018 | @FederationWrest pic.twitter.com/XqVEH5skWq