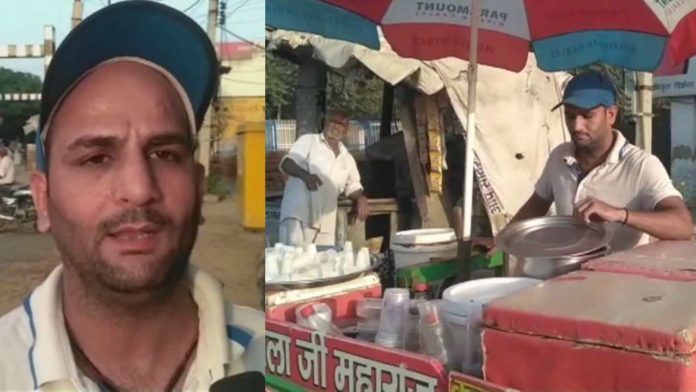 A video of person proclaiming himself to be a national level boxer and Asian Games silver medallist Dinesh Kumar selling kulfi in the streets of Bhiwani to make ends meet has gone viral. He had to resort to such measures after suffering a road accident which derailed his boxing career.

The news was originally reported by ANI news agency and various reputed websites like NDTV and Times of India republished it. However, ESPN journalist Jonathan Selvaraj proclaims that the man in question isn’t Dinesh, but someone else. Moreover, he tweeted out that the original Dinesh stands at 6 feet 2 inches tall, and is a DSP in Haryana Police.

This isn’t the Dinesh Kumar who won an Arjuna Award. The boxer Dinesh is a DSP in Haryana Police. Please fact check your stories before publishing!

No clue. The Asian silver medalist Dinesh Kumar is a massive 6 foot 2 heavyweight boxer. This guy is tiny compared to him!

As a matter of fact, he did suffer a road accident in Patiala which ruled him out of the 2014 Glasgow Commonwealth Games. Since then, he hasn’t been in the limelight. Here is a picture of him in his earlier days.

After reading both sides of the story, one does feel that Jonathan’s viewpoints hold more credence as the built and the photo of Dinesh in his earlier days vary drastically to that of the kulfi seller. However, if Dinesh has indeed been forced to sell kulfis to earn a living, it is a matter of shame to the country.