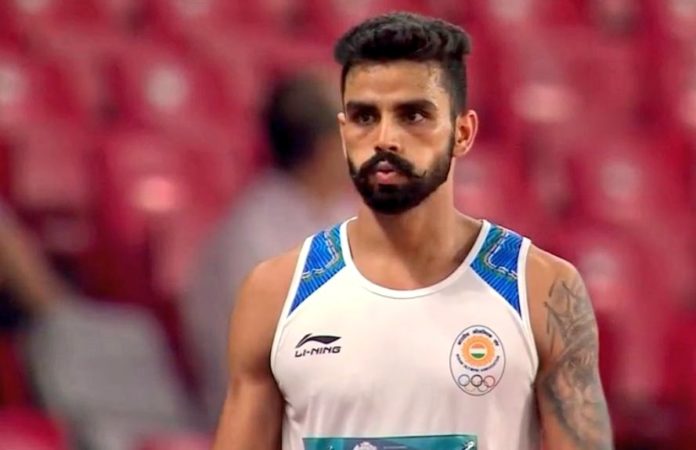 India’s Arpinder Singh bagged gold in the men’s triple jump competition at the 18th edition of the ongoing Asian Games here on Wednesday.

The 25-year old from Amritsar also bagged a bronze medal at the 2014 edition of Commonwealth games with a 17.17m leap and creating a new national record, but he had failed to win a medal at a major tournament since. 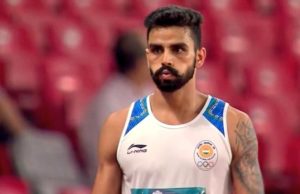 Although Arpinder won a gold, it wasn’t his best performance as he was well below his best of 17.09m, which he did during the National Inter-State Championships in June, which had put him at number three in the Asian rankings.

This will come as a major confidence booster for Arpinder, as he failed to qualify for Rio Olympics two years back and had also narrowly missed out on a bronze medal in Commonwealth Games in Gold Coast which took place earlier this year.

This medal he won today is also special for him as August 29,2018, which is celebrated as National Sports Day in India.

Twitter erupted with congratulation messages for the 25-year-old from Amritsar. From Politicians to sports figures, everyone took their time to wish Amrinder Singh.

Nation is delighted and proud of Arpinder Singh for winning the Gold medal in men's triple jump at #AsianGames2018 . Many Congratulations. pic.twitter.com/B2nc4tFsDl

Arpinder Singh’s amazing performance in the Men’s Triple Jump event at the Asian Games is a huge morale booster for upcoming Indian athletes. Congratulations to him on his Gold Medal. #AsianGames2018 pic.twitter.com/Rumiv8HX1q

He is supported by Anglian Medal Hunt Company, a company that supports young Indian athletes towards international competitive success, with an especial aim at the Olympics and we are hopeful he can medal at the Olympics.