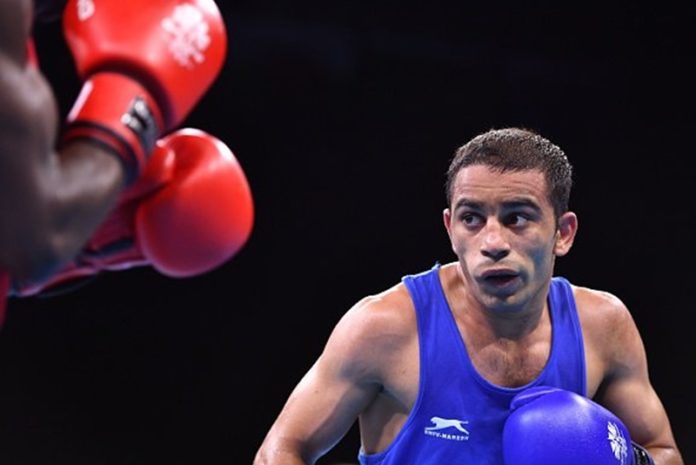 Amit Panghal has stunned the Olympic champion and two times Asian Champion Hasanboy Dusmatov 3-2 to claim gold for India in the men’s 49kg boxing competition at the Asian Games in Jakarta on Saturday.

The unthinkable has happened, for the second time in four months, an Indian boxer has beaten the reigning Olympic Champion from Uzbekistan.

The fight started with Amit being the aggressor landing the clean and flashier punches, and took the first round easily, whereas Hasanboy came back strong in the second round landing clean jabs and using his experience and defense to keep Phangal at bay. 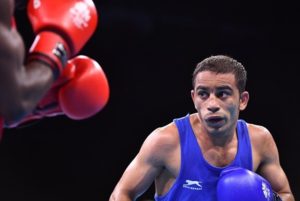 The third round was very close, with both fighters landing shots at each other, but Amit rallied strongly to win that round and dethrone the champion.

A famous win! The 22-year-old Amit Panghal has beaten reigning Olympic champion and World No 1 Hasanboy Dusmatov to win the gold.

The 22-year-old Indian boxer didn’t get bogged down and kept landing his punches even as the Uzbek tried to overpower him.

In the semi-final, he had beaten Philippines’ Carlo Paalam in a split decision 3-2 verdict. The 22-year-old Army man had also won a silver medal at the Commonwealth Games earlier this year.

This is India’s ninth gold medal in Asian Games Boxing history and India’s second medal in this division with Birju Sah winning a bronze in Japan back in 1994.