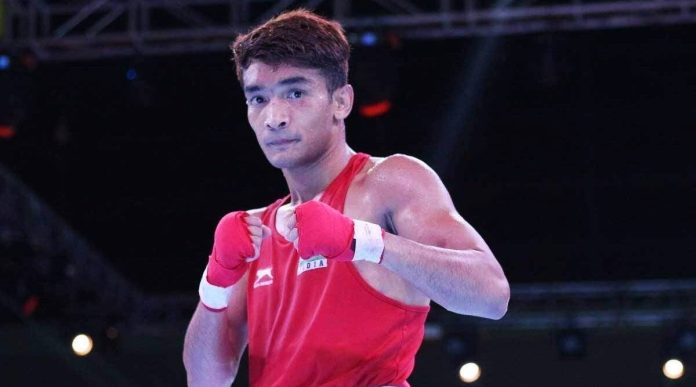 Shiva Thapa carried the Indian campaign into the final stage of the ongoing 2022 ASBC Asian Elite Boxing Championships in Amman, Jordan after securing his entry into the 63.5 kg summit clash.

Taking on Bakhodur Usmonov of Tajikistan in the semifinal round, Thapa dominated into a 4-1 victory, and will face Abdullaev Ruslan of Uzbekistan in the final. Meanwhile, Sumit, Govind Kumar Sahani and Narender all lost their respective last four outings and will bring home bronze medals.

As Govind faced off against Sanzhar Tashkenbay of Kazakhstan in the 48kg semifinal, he started off by blocking his opponent’s punches and attacking with counterpunches. However, he couldn’t sustain that strategy for long. The Kazakh boxer, who clinched gold at the 2021 Youth World Championships last year, dominated the next two rounds and defeated the Gorakhpur fighter 4-0 in the bout.

A tough matchup pitted Sumit against reigning Asian Champion Jafarov Saidjamshid of Uzbekistan in their 75 kg semifinal bout, where he failed to take control and was dominated 0-5 by unanimous decision.

During the quarterfinal bout, Hussamuddin got a cut above his right eye, preventing him from fighting today. A bronze medal was Hussamuddin’s reward for his campaign.

In the final of the tournament on Friday, five Indian women pugilists, including bronze medalist Lovlina Borgohain (75kg) and 2022 World Championship bronze medalist Parveen (63kg), will battle for gold. There will be three other women boxers in the final: Alfiya Pathan (81+kg), Saweety (81kg), and Minakshi (52kg).

As a result of beating Lina Jaber by RSC on Wednesday night in the second round, Saweety has qualified for the final against Kazakhstan’s Gulsaya Yerzhan. Tomorrow will see the conclusion of the women’s finals, and Saturday will see the finals for the men.