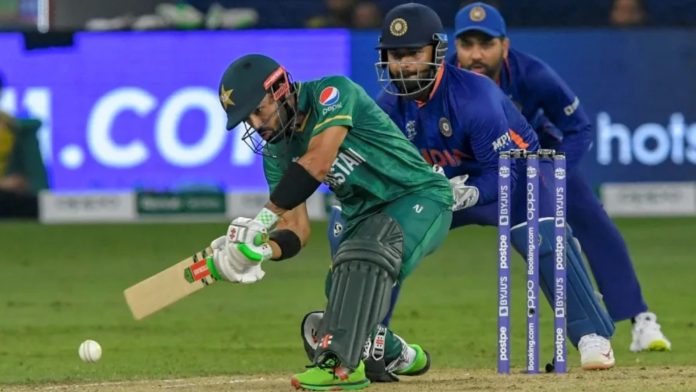 The arch-rivals India and Pakistan are set to collide in the Asia Cup 2022 group stage fixture at the Dubai International Cricket Stadium in Dubai on Sunday, August 28.

India are currently on a great run and Rohit Sharma and co. are heading into the tournament on the back of series wins over England and West Indies.  India have won the tournament on six occasions and are the defending champion. In the Asia Cup, India and Pakistan faced each other 15 times. Out of which, India have won 8 while Pakistan have won 5 matches. Pakistan last defeated India during the 2014 edition of the tournament and have lost the last 3 matches.

Pakistan attained a thumping 10-wicket victory over their arch-rivals in their last meeting in the 2021 T20 World Cup at the same venue.  Babar Azam-led side has only played one T20I in 2022, against Australia in April. Australia won that match by three wickets, chasing a target of 163. India and Pakistan have met nine times in T20Is, and India have a superior record of 7-2 over their neighbors.

Pakistan are the underdogs and are priced at 2.80, meaning if you bet ₹100 on them and if they win the match, you’ll be making ₹280.

India are the favorites and priced at 1.45 meaning if you bet ₹100 on them and if they win the match, you’ll be making ₹145.

It is to be noted that the conditions in Dubai are hot and dry, and the dew factor at night is likely to be non-existent. This could also mean that toss will not be much of a factor, and the wicket will provide an even contest between bat and ball. However, the teams might prefer to bowl first and set the momentum accordingly while chasing.