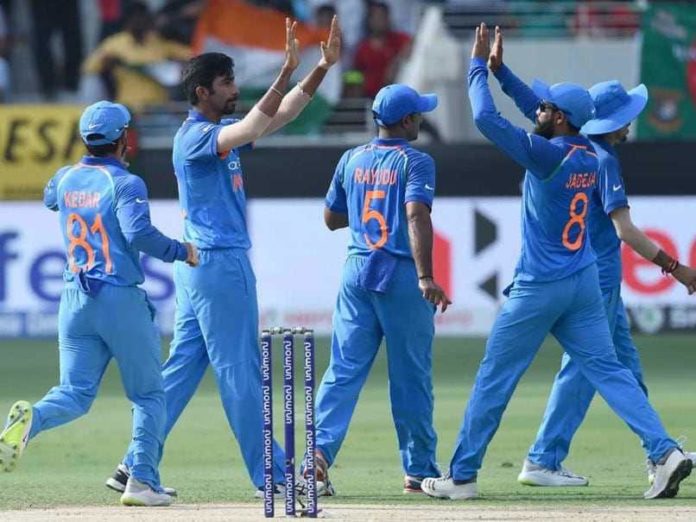 This edition of the Asia Cup had it’s fair share of one-sided games in the beginning half while the latter half was filled with exhilarating matches. The grand finale did not disappoint as the Men In Blue just managed to get over the line against the resilient Tigers.

From Litton Das’ scintillating knock to Kedar Jadhav’s heroics at the end of the second innings, Twitter could not keep calm through the nail-biting action. Here’s how the Twitter Universe reacted to the unforgettable encounter.

So near yet so far from Bangladesh. Congratulations to Team India on winning the #AsiaCup2018 . Hats off to Bangladesh for such a spirited fight despite missing key players. India have a lot of areas to work upon despite winning this & I am hopeful, they will get better. #IndvBan

Shikhar Dhawan has now appeared in five multinational tournaments (5+ teams) & ended up as leading run getter for India in all of those.

.@SDhawan25 is adjudicated as the player of the tournament for #AsiaCup2018!
Well deserved 👏👏

KP : Why did you take it to the last ball? Why are you doing this to us?

Jadhav : I'm a CSK player. I've played under Dhoni bhai. What do you expect?#INDvBAN

Visuals of celebration from Kanpur after India won the Asia Cup 2018. #AsiaCupFinal pic.twitter.com/e1lsSZ4np9

Whew!
Finally an ODI tournament victory for India after 5 years!
India's last win came in a Caribbean tri-series (Celkon Mobile Cup) at Port of Spain on 11 July 2013.
Beat Sri Lanka in the final by 1 wkt & with just 2 balls to spare!#IndvBan#BanvInd#AsiaCupFinal#AsiaCup2018

Wow! I don’t remember the last time an ODI made my heart pump this much. Gasping for air on air 😄#AsiaCupFinal pic.twitter.com/21Qd9GLqfp

Congratulations Team India 🇮🇳
what a cliffhanger…
we won Asia Cup!!!
Wow great moment for every Indian across the globe!#INDvBAN#AsiaCupFinal

Kedar Jadhav: I'm still a batsman who can bowl

Kuldeep Yadav: I scored a lot of runs in First-Class cricket and I would now consider myself as a bowling all-rounder #INDvBAN #AsiaCup2018 #AsiaCup #AsiaCupfinal

Jasprit Bumrah's incredible numbers in the death overs in this Asia Cup:

Cricket: India and Afghanistan teams with touching gestures to cheer up crying kid after match