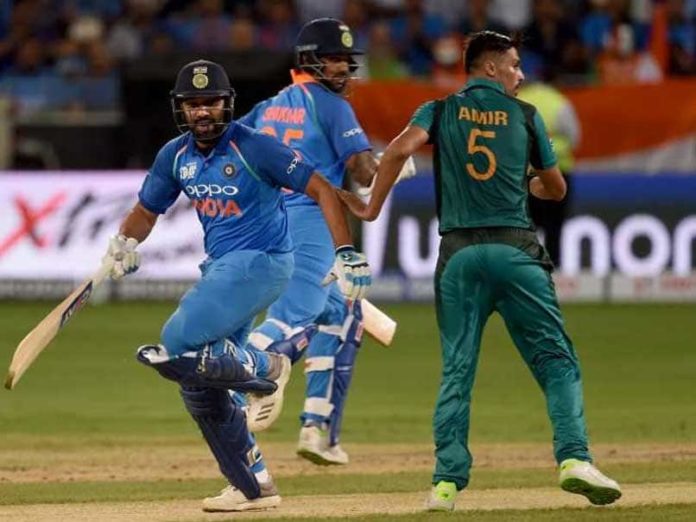 The second chapter in the India-Pakistan series resulted in a one-sided victory for the Blues yet again. A 210-run opening stand between skipper Rohit Sharma and Shikhar Dhawan ensured a comfortable victory for India with over 10 overs to spare.

Having elected to bat after winning the toss, the openers failed to perform leaving Pakistan in an early spot of bother at 58-3 after 16 overs. A stable 107 run stand between captain Sarfaraz Ahmed and the in-form Shoaib Malik helped Pakistan rise through the ruins.

The Men In Blue were in command of the chase from the word go. Sharma and Dhawan took advantage of Mohammed Amir’s barren run and the fielding display by Pakistan added to their advantage with the Indian skipper being dropped on 13 by Imam-Ul-Haq early on in the innings.

Dhawan continued his fine form with the second century of the tournament while Sharma too managed to convert his innings into a hundred. The result ensures that India have one foot set in the finals of the Asia Cup.

Asia Cup 2018- India vs Pakistan Preview: Arch-Rivals tussle for a spot in the finals