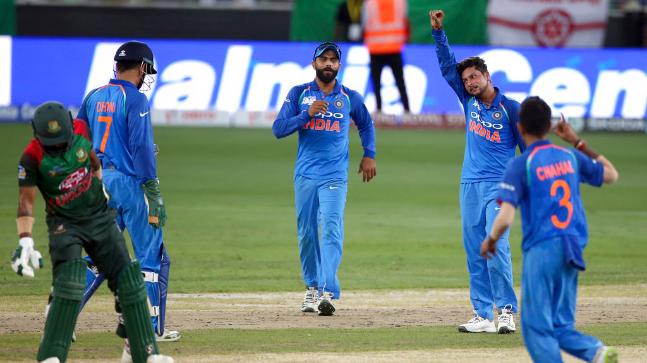 Bangladesh fell short yet again in a final, as India scraped through to secure their seventh Asia Cup triumph. The Men In Blue claimed the trophy after a three-wicket win by reaching the target in the last ball of the innings.

Heading into the game, India reverted back to their original eleven while Bangladesh were without the services of marquee all-rounder Shakib Al Hasan. Winning the toss and electing to bowl first, the Indian bowlers were under pressure yet again in the early phases in the innings.

The Tigers sprung up a surprise by promoting Mehdy Hasan at the top of the order, Hasan along with Litton Das put up 120 runs for the opening wicket. While Hasan was dismissed for 32, Das kept on going to notch up his maiden ODI hundred.

However, the Indian bowlers managed to stage a sensational comeback to reduce the opponents to just 222 at the end of the innings. While the Indian openers began the chase on a bright note, regular wickets pegged them back which exposed the volatile middle order.

Sluggish knocks by MS Dhoni and Dinesh Karthik took the Blues closer to the total, but Jadhav’s hamstring injury knocked them back again with Jadeja left stranded at one end. The all-rounder joined forces with Bhuvneshwar Kumar in a crucial stand of 52 runs.

With 6 runs left to win in the final over, Jadhav and Kuldeep Yadav took the chase to the last ball to deny Bangladesh a chance of a much-awaited redemption.

Cricket: India and Afghanistan teams with touching gestures to cheer up crying kid after match