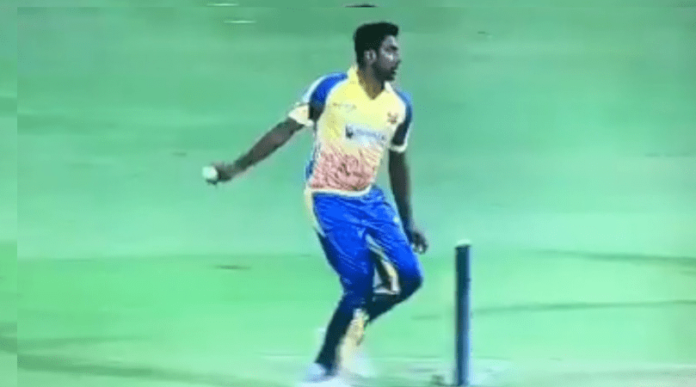 The first game of the Tamil Nadu Premier league between Dindigul Dragons and Chepauk Super Gillies ended in the dragons defending a modest total of 115, but it was the Dragons captain Ravichandran Ashwin who grabbed the eye balls of the fans during the nail biting fixture. 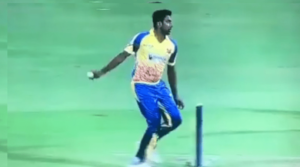 The incident took place on the second last delivery of the last over of the match , with the Super Gillies requiring 17 off the last two deliveries and just one wicket remaining, the dragons skipper came up with an unique idea of bowling a ball that left the watchers very confused. Ashwin delivered the ball without a full action, while his wrong arm that is the non-bowling arm didn’t move , he completed the run-up by releasing the white on the wrong foot that is the left foot.

Batting first Ashwin promoted himself to no.3 and played a fiery knock of 37 in just 19 balls which included five boundaries and one maximum which made the difference between the two teams.

Dragons bowler M Silambrasan starred with the bowl as he picked four wickets in four overs and CSG fell 10 runs short of the Dragons total.

This not for the first time that Ashwin has done something bizarre, few months ago he had left the cricket fraternity fuming after he dismissed the English batsman, Jos Buttler by ‘Mankading’ him.