Ashoke Dinda on Thursday responded to the memes that have been circulating over the social media in this season of IPL pertaining to the ‘Ashoke Dinda Academy’. The Bengal bowler also shared his statistics and achievements to remind people of his performances.

Dinda added that his accomplishments include a tally of 400 first-class wickets along with being the highest wicket-taker for Bengal for the last 9 years excluding the 2012-13 season. From the post, it seems clear that he has had enough of the trolling and did not mince his words as he lashed out at the trollers. 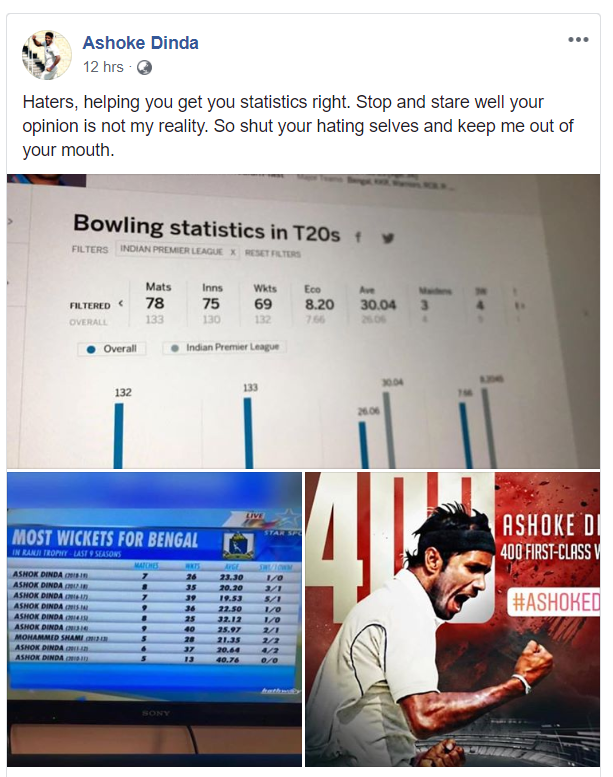 Interestingly, Dinda’s former IPL team Royal Challenger’s Bangalore put out a tweet trolling seamer Umesh Yadav and also mentioned about the infamous Dinda Academy. This is what probably triggered Dinda to break his silence on this matter. 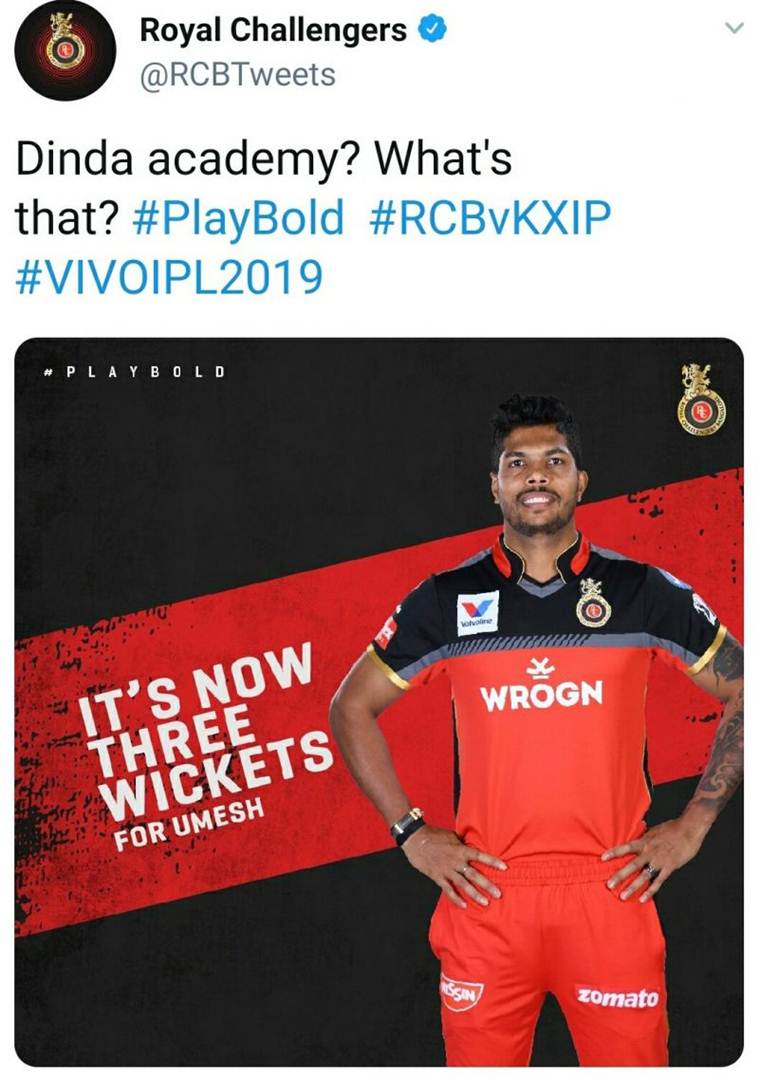 Dinda has represented India in 13 One-Day Internationals where he has 13 scalps at an economy of 6.18, whereas, in the 9 T-20 Internationals, he has managed to an impressive 17 wickets at 8.17 runs per over.