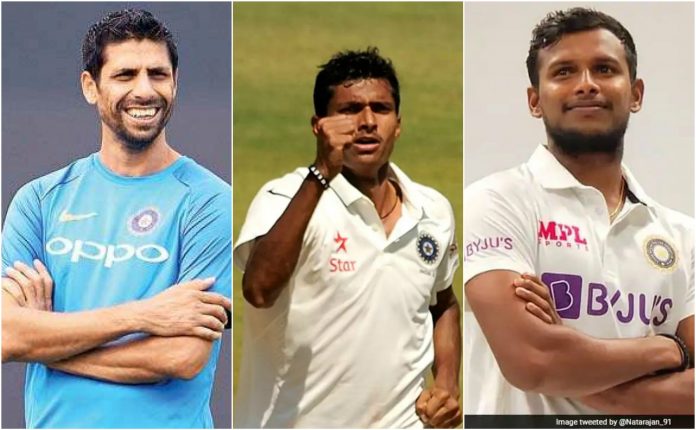 With the third Test is going to take place in Sydney soon, the place for Team India’s third pace bowler between T Natarajan and Navdeep Saini reached a conclusion after several speculations and rumours, as the latter received the chance as a replacement to the former. However, former Indian bowler Ashish Nehra already had Saini as his favourite.

Meanwhile, with these developments, Navdeep Saini’s place has become uncertain – who was initially named in the Test squad when the team was announced a couple of months ago. Currently, it will be interesting to see who would Ajinkya Rahane play alongside Jasprit Bumrah and Mohammad Siraj. However, former India pace bowler Ashish Nehra had already backed Saini to be in the squad.

“If you look at squad composition, Saini was first choice and Shardul and Natarajan both came in as replacements for Mohammed Shami and Umesh Yadav,” Ashish Nehra. “So if Saini was ahead of them during initial Test squad selection, I don’t see any reason why he would slip down in the pecking order. You selected him first, so obviously, you believed he was better than the other two. Isn’t it?,” he shared.

However, he also said that Navdeep’s biggest assets are bounce and extra pace in his bowling. He also felt T Natarajan normally gets the wickets while trying to hit him. Also, Natarajan is new in the line and no one has faced him before the way they did for Mohammed Siraj.

“Similarly, Navdeep has also come up the ranks having been on multiple red ball tours of India A. In Test matches, batsmen normally don’t get out. You have to get them out. That’s the difference. On the Sydney pitch, you will require a bit more pace and Navdeep has that. There shouldn’t be any debate as such. Sydney pitches what I saw during white-ball games, it was very flat,” he further added.

“So when kookaburra seam will flatten out after some time, you will require that extra pace that Navdeep has and also he can get a bit of reverse swing. Also this Australian team is susceptible to short-pitched bowling, unlike Matthew Hayden or Ricky Ponting of yesteryears. Navdeep can be used better as he bowls a mean bouncer compared to a Natarajan or Shardul,” he concluded.

Watch: Krunal Pandya and wife Pankhuri take the “This or That” challenge on Instagram