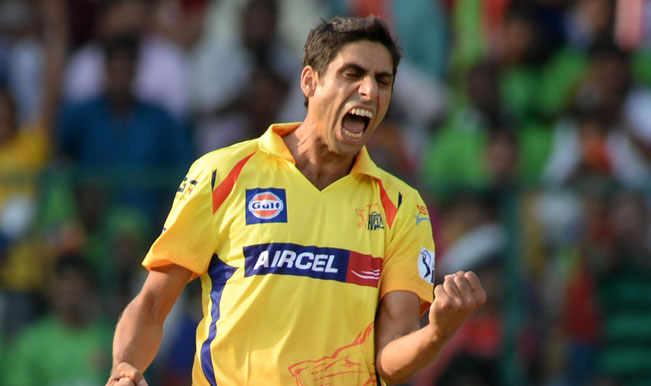 Former CSK bowler Ashish Nehra outlined the potential players that the franchise could go for in the auction to rebuild the team. Chennai Super Kings have Rs 19.9 Crore remaining in their purse with one overseas slot remaining vacant.

Ahead of the auctions, the franchise released five players after their disappointing 2020 campaign. Finishing in the seventh place, it marked the first time that the three-time champions failed to make it to the playoffs.

While several players were expected to get the axe, CSK opted only to release Kedar Jadhav, Harbhajan Singh, Murali Vijay, Monu Kumar and Piyush Chawla. The team also roped in Robin Uthappa from the Rajasthan Royals in a cash trade deal.

Out of the released players, Ashish Nehra believes that only Kedar Jadhav can be considered as a viable option to buy back from the auction. The left-arm pacer believes that CSK could get the 36-year-old for a much lesser price than they had shelled out before.

CSK had acquired the services of Jadhav for 7.8 Crore in the 2018 IPL Auction. The player, however, has not met his price tag following three poor seasons with the Yellow Army. He was ruled out due to a hamstring injury during his first season with the team. Moreover, he was lambasted for his poor set of outings in the 2020 edition of the IPL.

“It is difficult but I see Kedar Jadhav as the only player they could go for. If they can get him at a lesser price as I think he was around 8 crore or so. Those things are very important. Other than that, I don’t think they will go for any of the other players they have left,” Nehra said

Nehra also opined that both Moeen Ali and Shakib Al Hasan are excellent options for the team who are looking in the market for a spinner following the releases of Harbhajan Singh and Piyush Chawla.

“Shakib Al Hasan and Moeen Ali are the best options I see for this team. MS Dhoni likes those types of players as both of them bowl and bat. Whether they play their matches in Chennai or in the UAE, wherever it is, both these players have experience of the IPL,” Nehra concluded