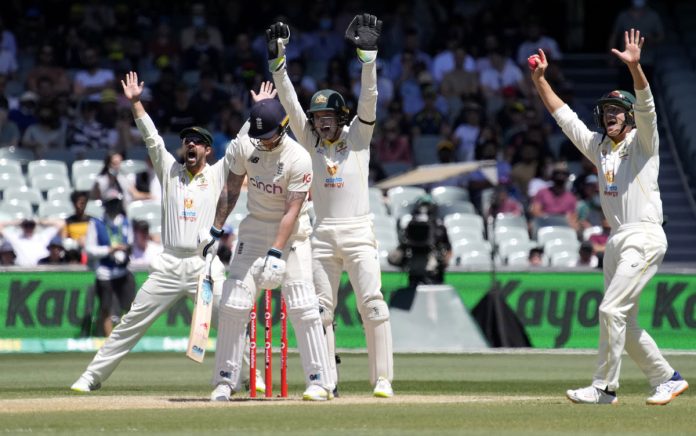 Australia secured a 2-0 lead in the Ashes series following a comprehensive win in Adelaide. The hosts had to grind for the remaining six wickets, but they got the job done early in the final session. The next contest will be the Boxing Day contest in Melbourne. 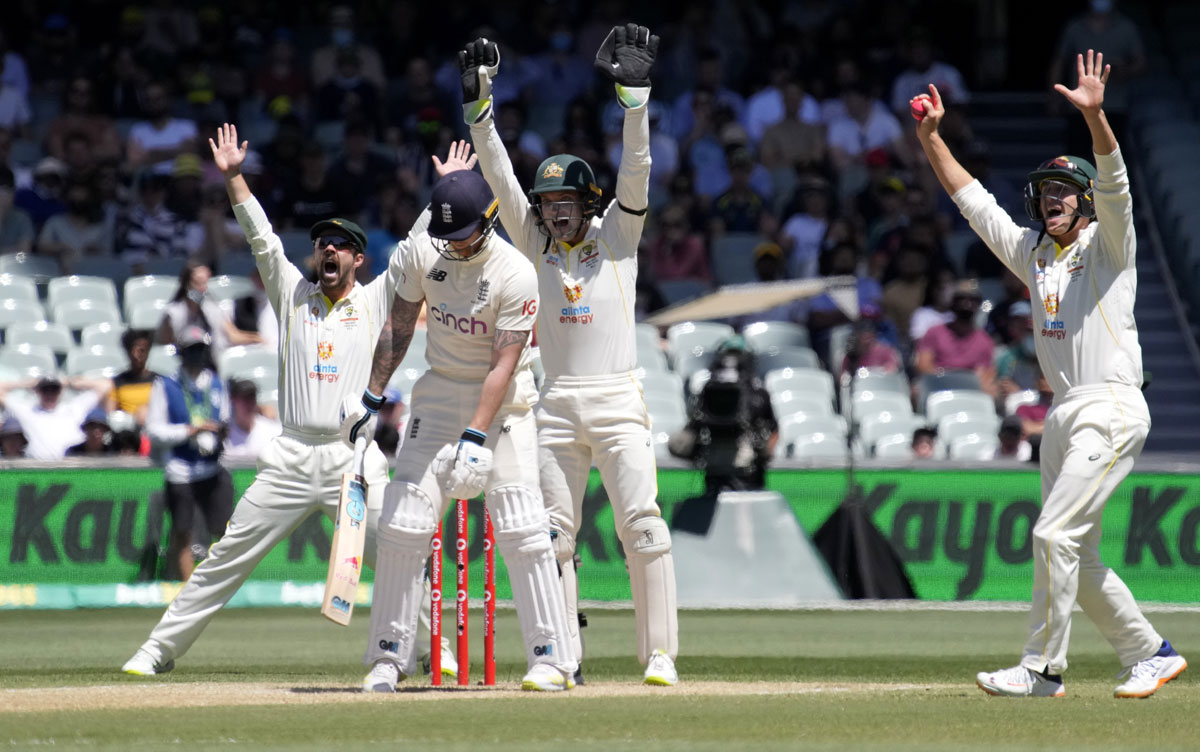 England were all but out of the contest after they were inflicted with a heavy lead. They were set a mammoth target with four sessions to play out. The visitors did not have the best of starts to have any say on the final day. Their top order was blown apart in the final session of Day 4.

The overnight pair of Ollie Pope and Ben Stokes resumed the batting on the afternoon of Day 5. Pope’s dismal form continued after being dismissed off Mitchell Starc. Ben Stokes followed suit following a successful review by the Australians. Nathan Lyon was getting the ball to turn and was rewarded with the wicket of Stokes.

Struggling at 105-6, the pair of Jos Buttler and Chris Woakes staged a short fightback. They put on 61 runs and played out over 30 overs. Woakes had to depart for 40 after an incoming delivery by Jhye Richardson breached his defence.

Ollie Robinson also provided to be good company in the crease for Buttler and played out 39 deliveries.  The wicket-keeper batter’s vigil came to an unfortunate end in the form of a hit-wicket in the first over after the tea break. Buttler prodded a delivery to point, but went way too deep in his crease. His heel proceeded to touch the off stump, prompting the bail to fall off. He played out 207 deliveries for his knock of 26.

Stuart Broad and James Anderson also made the Australian bowlers work hard for the final wicket. But the inevitable soon happened with Jhye Richardson’s fifth wicket. He secured the first five-wicket haul of his career.

I like Virat Kohli’s attitude but he fights a lot: Sourav Ganguly