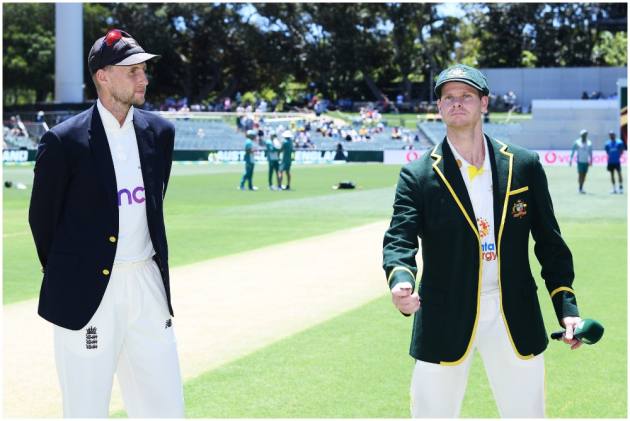 Australia took the early honors on Day 1 and are in a great position with 221 on the board for the loss of just 2 wickets at Sumps on Day 1.

On a frenzied morning in Adelaide, Pat Cummins was extraordinarily ruled out the second Test match due to COVID-19 regulations. The skipper was deemed to be a close contact with a positive case and has been sent into isolation. This brought upon vice-captain Steve Smith to step up.

Smith returned to a captaincy position for Australia for the first time since the infamous Sandpaper Gate in South Africa. The hosts won the toss and opted to bat first on a solid Adelaide Oval surface. Jhye Richardson and Michael Neser were the replacments for Josh Hazlewood and Pat Cummins respectively. England opted to play an all-seam attack. Mark Wood and Jack Leach were benched for the veteran duo of James Anderson and Stuart Broad.

Broad received his 150th Test Cap and became only the third England player to reach that mark after James Anderson and Alastair Cook.

The England new ball duo kept things very tight in the first hour of the day’s play. Harris was adjudged LBW off Broad’s third over, but escaped after a successful DRS Review.

Harris lost his wicket to Broad following a splending catch bu Jos Buttler behind the wickets. He departed for 3, with the score at 4-1 in the eighth over.

Much like the Gabba contest, the rebuild job was left down to Marnus Labuschagne and David Warner. The pair took their time at played out the first session. The hosts ended with 45-1 after the first phase of play.

The pair continued their fine form and the runs trickled after they settled in the crease. Both batsmen reached their fifties with Labuschagne largely being the anchor. They played the second session without losing their wicket.

Warner got out in the ninetites for the second Test running and this time around he missed the three-figure mark by 5 runs.

Labuschagne got a late repreive near the end of day’s play. James Anderson swaung the new ball and got the edge, but only for Jos Buttler to drop a regulation catch.