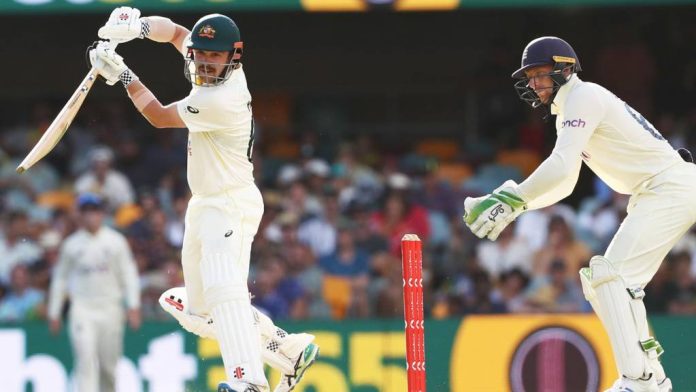 England stepped out on Day 2 to eradicate the horrid memories from the first day of the Ashes. The visitors were bundled out for 147 before rain stopped play and brought an end to the proceedings. Australia racked up the runs courtesy of David Warner and Travis Head to amass a 196-run lead. 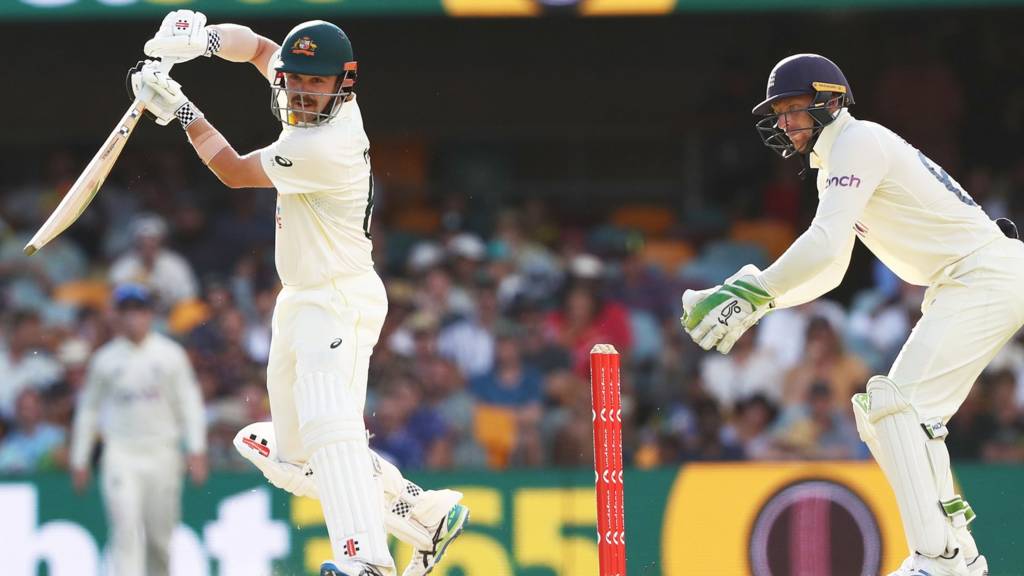 The second day began with the Australian batting. England managed to make an early breakthrough with the dismissal of Marcus Harris. Ollie Robinson’s tight line and length paid dividends as the ball caught the edge.

David Warner and new batsman at the crease, Marnus Labuschagne dominated the first session. There was a share of luck involved as well. Ben Stokes had castled David Warner, but the decision was overturned as the all-rounder had his foot over the line, resulting in a no-ball. To make matters worse, Stokes bowled a total of 15 no-balls in the first session, with only 2 of them being detected.

The error was put down to a technical deficiency. The system for the third-umpire to detect the no-balls were not put in place.

The hosts ended the first phase of the play right after bringing up their hundred run stand. England were desperate for a breakthrough with the Aussie pair were scoring at a healthy rate as well, taking the game away from their grasp. Warner got a second life after Rory Burns put his catch down in the second slip.

Eventually, it was Jack Leach who delivered the breakthrough. Labuschagne was caught at point while trying to play the cut. England had a say in the proceedings with a flurry of wickets in the middle of the day. Steve Smith departed for just 12 with Mark Wood delivering the prized wicket.

David Warner missed out on a hundred by 5 runs after a soft-dismissal. Cameron Green had a brainfade and was bowled while trying to leave his very first delivery.

England were on the lookout to cut down Australia’s lead, but Travis Head had other plans. The left-hander scored a swashbuckling hundred off just 85 balls to bolster the lead. The hosts finished with 343-7 at Stumps on Day 2.