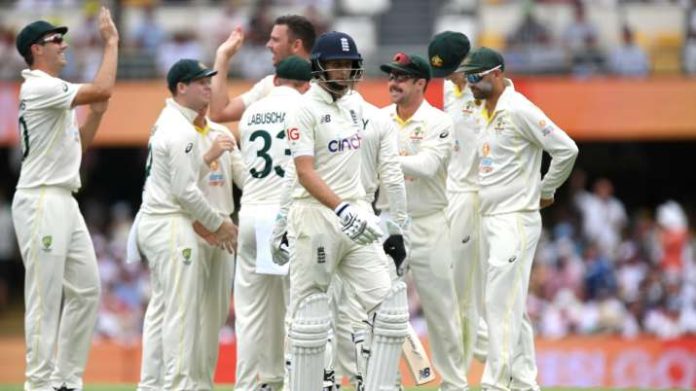 The rain-curtailed opening day of the 2021 Ashes ended in England getting bundled out for a paltry 147. Pat Cummins claimed a five-wicket haul in his debut outing as a captain as Australia dominated proceedings from the first ball itself. 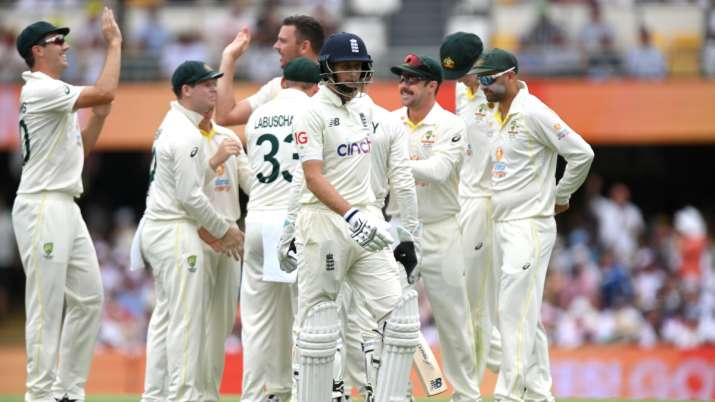 Joe Root took the brave decision to bat first after winning the toss. The heavy overcast conditions and the green track assisted the bowlers, which was on display throughout the day’s play. England opted to bench the experienced Stuart Broad for the contest in yet another surprising call.

Mitchell Starc got Australia off the perfect start by sending Rory Burns back into the pavilion off the very first delivery. It was only the fourth time that the Ashes campaign started off with a wicket.

Dawid Malan was the next wicket to fall and England were soon down to 11-3. Josh Hazlewood got the prized wicket of Joe Root. The English skipper departed following a nine-ball duck. All-rounder Ben Stokes made his highly-anticipated return and steadied the proceedings for a while with Haseeb Hameed. He was dismissed soon before the break as England ended the session at 59-4.

Pat Cummins struck in the first over after lunch to end Hameed’s vigil. Ollie Pope and Jos Buttler shared a crucial counter-attacking 52-run partnership. The former became Cameron Green’s first Test wicket courtesy of an exceptional catch by Josh Hazlewood in the deep. The newly-appointed Australia skipper ran through the lower order to finish their innings at 147.

During the innings break, dark clouds made their appearance over the venue which cast doubts over the rest of the play being conducted. The speculations were put to rest after the day was called off due to heavy rains.