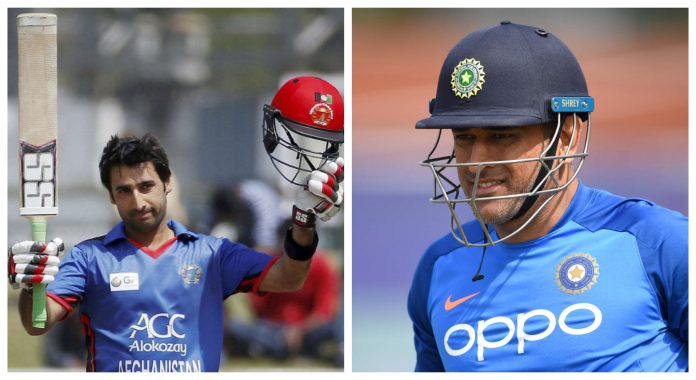 Former India captain MS Dhoni is considered one of the best captains in world cricket. He is the only captain to win all three ICC Trophies and he has several records too in his name. As an example, he led Team India in 72 T20Is where the team won 41 matches and with this, he became the most successful captain in the format.

However, his record seemed to be broken soon as Afghanistan’s Asghar Afghan has equalled MS Dhoni’s record of most victories as a captain when he led his team to a convincing victory in the second T20I against Zimbabwe. Notably, it was his 51st game as a captain, having a win percentage of over 80 as well whereas Dhoni had 60.

Afghanistan beat Zimbabwe by 45 runs in the second T20I and took a 2-0 lead in the three-match series at the Sheikh Zayed Stadium. An all-around performance from the veteran Mohammad Nabi (40 off 15 balls and 2/20 in three overs) helped the team to clinch the series as well.

While batting first, Afghanistan posted a huge total of 193/5 in 20 overs where Usman Ghani (49) and Karim Janat (53) stitched a 102-run stand for the second wicket. Later, Nabi hammered a swashbuckling 40 runs with four sixes and two fours to take his team to more than 190.

For Zimbabwe, leg-spinner Ryan Burl (1/7 in two overs) was the only positive.

In reply, Zimbabwe could only manage 148 runs in 17.1 overs. After doing wonders with the bat, Nabi starred with the ball too. He removed Sean Williams in his first over and Zimbabwe was reduced to 56/5. At that time, it looked like they wouldn’t survive till 100 but Burl’s quickfire 40 off 29 balls helped the team. He added 62 runs with Richmond Mutumbami (21 off 21) in seven overs before Nabi dismissed Mutumbami.

Apart from him, experienced Rashid Khan claimed three, including Burl and dismantled Zimbabwe’s batting order and they eventually got all out before their allotted 20 overs. Notably, Afghanistan had won the first T20I by a whopping 48 runs as well.