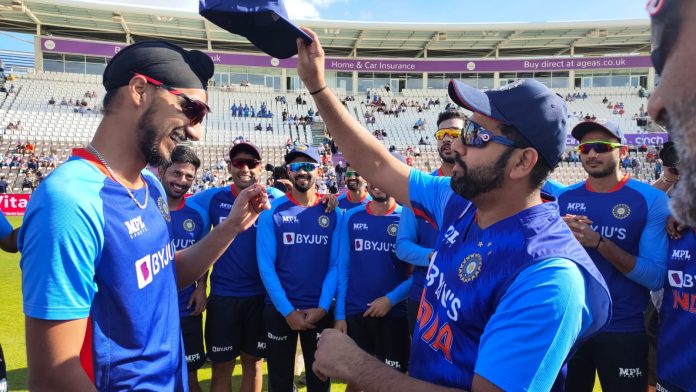 Left-arm seamer Arshdeep Singh will make his debut for Team India after being named in the playing XI for the first T20I against England in Southampton. The youngster received his Team India cap by skipper Rohit Sharma, minutes before the toss at the Rose Bowl. 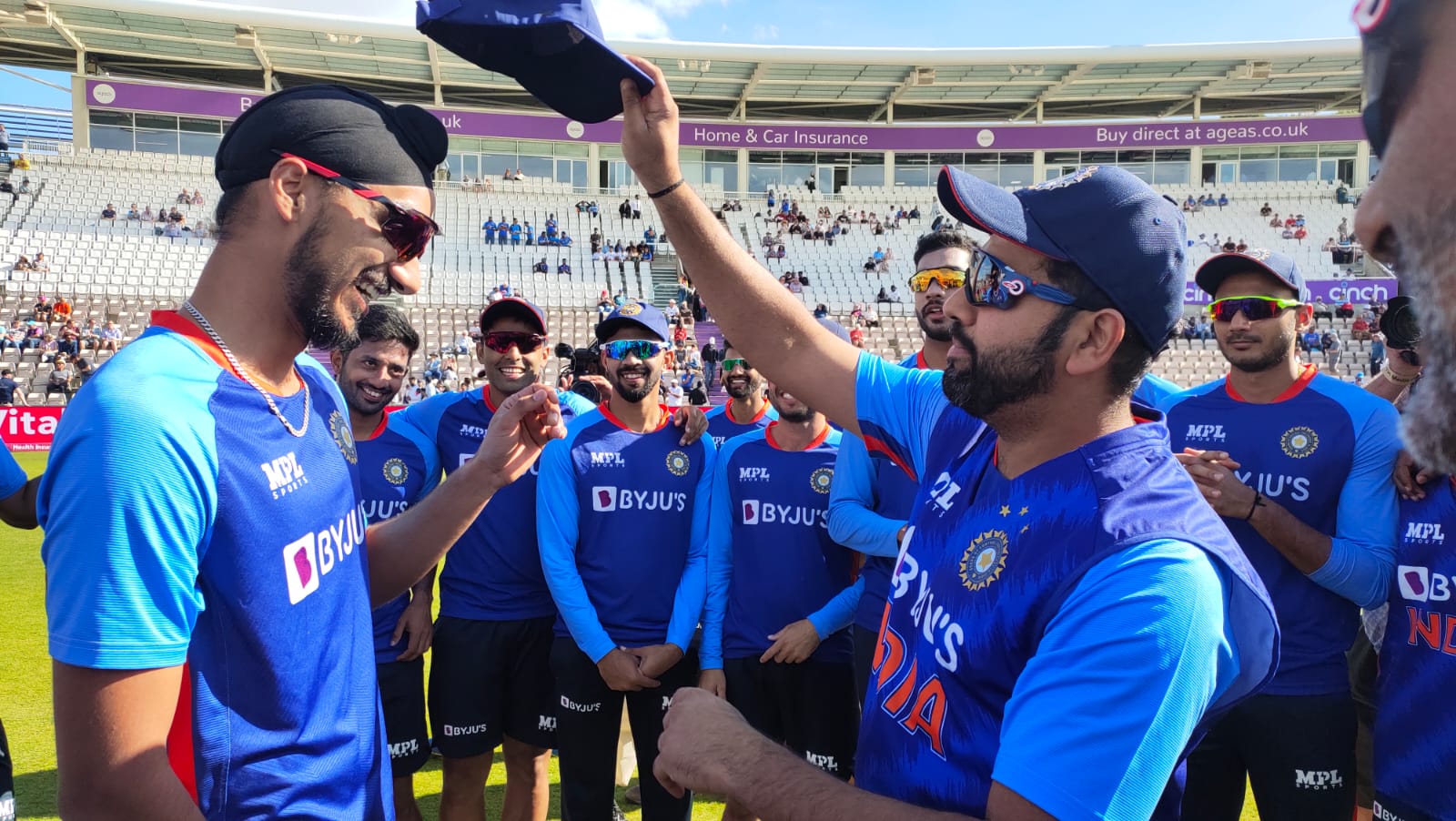 Arshdeep earned a deserved call-up to the national squad following an exceptional campaign for the Punjab Kings (PBKS) in the Indian Premier League (IPL) 2022. Despite being named in the squad for the home series against South Africa, the left-arm seamer failed to make it to the playing XI.

He found himself on the bench for the ensuing away series against Ireland as well. After once again retaining his place in the squad, Arshdeep finally earned his debut.

Named only for the first T20I, before the senior players join the squad, Arshdeep is part of the subsequent three-match ODI series that begins on July 12.

Team India have won the toss and elected to bat first at Southampton. Arshdeep comes into the side as the third seamer ahead of Avesh Khan and Umran Malik. On the other hand, Jos Buttler leads the team for the first time as full-time captain following Eoin Morgan’s retirement.