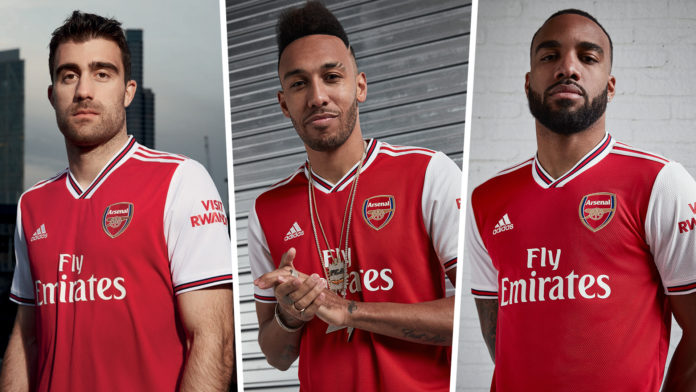 Adidas UK is currently under the scanner after their new attempt to launch Arsenal’s new kit for the season turned out to be a disaster on twitter.

Adidas UK’s new attempt to launch Arsenal’s home kit for the upcoming season completely backfired on twitter as an innovative campaign was botched due to some twitter handles with offensive names.

Adidas launched the #DareToCreate social media campaign along with its release of Arsenal’s new home kit. This campaign prompted fans to share a tweet with the hashtag and when the tweet was posted, it immediately posted produced a Arsenal jersey with the twitter handle on the back.

While such an innovative campaign initially caught everyone’s attention, some offensive twitter handles took control of the campaign and the tweets that were generated from them were immediately retweeted widely across the footballing world.

These tweets are currently removed from Adidas’ official twitter account but were seen visible until today morning. A spokesperson from Adidas came out to say that they condemned such a behavior and claimed that diversity was the main motive behind this initiative.

“We totally condemn the use of language of this nature, which has no place in our game or society.”

“We work hard as a club to encourage diversity and inclusion through our Arsenal for Everyone programme, launched in 2008 as a celebration of the diversity of the Arsenal family.

“Through a number of initiatives undertaken in the community, inside Emirates Stadium and throughout the club, Arsenal strives to ensure that everyone associated with the club feels an equal sense of belonging.”

Neymar’s rumored move to Barcelona could happen sooner than you think!