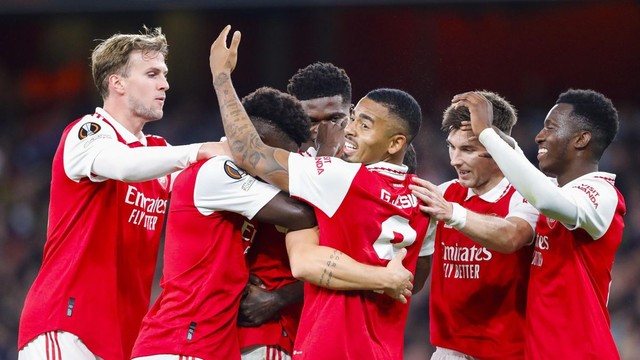 London Arsenal top the English Premier League by Christmas for the first time since 2007. Michel Arteta’s team did a great job during the summer transfer window, adding a lot of strong players to the roster. The Gunners’ biggest transfer of the summer was Gabriel Jesus from Manchester City. However, in addition to the Brazilian striker, the team has also acquired other strong players who contribute to the success of the team.

Love the Premier League and bet on the best football league? We advise you to use the application from Parimatch – bangladesh app download. In many ways, further success and chances for the championship of Arsenal depend on the upcoming winter transfer window. Consider what prospects the London club has in terms of purchases and sales.

Transfers during the summer off-season

The Gunners’ biggest transfer this summer was the signing of Gabriel Jesus from Manchester City for €52.20m. Many experts believe that it was the signing of the Brazilian that became the key in the development of Arsenal as a contender for the championship this season. Also, the team of Michel Arteta acquired the Ukrainian left-back “Citizens” Oleksandr Zinchenko. The transfer amount was 35 million euros. Another significant transfer is the purchase of Porto attacking midfielder Fabio Vieira for 35 million euros.

Other signings include New England goaltender Matt Turner for €6.36m and Sao Paulo right winger Marquinhos for €3.5m. An important event for the club was the return from loan (Marseille) of central defender William Saliba, who became the main one in the team.

At the World Cup in Qatar, the main creator of the attack of the Gunners, Gabriel Jesus, received an unpleasant knee injury, in connection with which, the Brazilian needed an operation, recovery after which will take as much as 3 months. This is a big loss for Arsenal, because in terms of pressing, aiming at the opponents’ goal, Jesus was the main player in attack. To be sure, the replacement of Jesus by Eddie Nketiah will be the biggest blow for the London club, therefore, many experts suggest that Arsenal will make attempts to short-term increase their attack on the position of an attacking midfielder or winger.

The Gunners’ main target in the upcoming transfer window will be winger Shakhtar Donetsk Mykhailo Mudryk. At the moment, there are a lot of rumors around the 21-year-old prodigy of the Ukrainian national team, but Shakhtar’s financial appetites scare off potential buyers. The Ukrainian club is asking for 100 million euros for its main star, and has also repeatedly stated that it would like to keep its player in January.

Another potential target for Arsenal is Brazilian Palmeiras midfielder Danilo. It is reported that the club from Brazil is ready to let go of his talent for 24 million euros. This amount suits the London club, but Monaco and Ajax are also fighting for the player.

At the moment, the Belgian midfielder has yet to renew his current deal with his current club, which is attracting potential buyers. The Belgian is in excellent form, therefore, has every chance to move to a stronger club with ambitions. However, it is likely that Arsenal will not form events in the winter for the purchase of Tielemans and will wait until the end of the season.

It has recently been reported that the club’s sporting director Edu is preparing a £25m offer to Leicester to make a deal for Youri Tielemans.

Who can leave Arsenal in the winter transfer window 2023

In mid-November, from one of the authoritative publications in England, information appeared that Villarreal, Bayer (Leverkusen) and Fulham were interested in Arsenal defender Cedric Soares. There is a good chance that the Arsenal player will be sent to one of these clubs on loan, with an option to buy or an obligation to buy. At the moment, the Gunners are negotiating this issue with several teams at the same time.

In terms of signing new contracts with existing players, the London club hopes to renew such players as Bukayo Saka, Gabriel Martinelli, William Saliba. Also recently there was information that Reiss Nelson wants to sign a new contract with Arsenal.