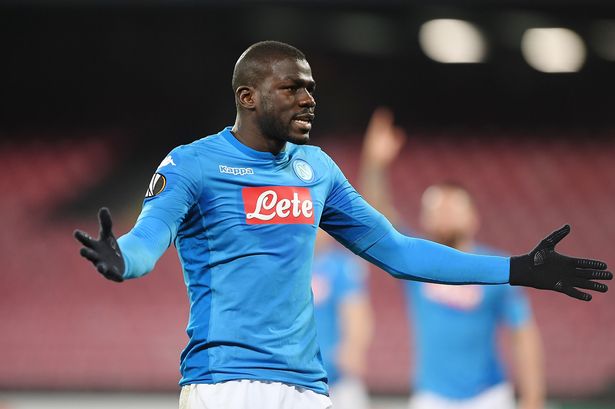 Koulibaly was linked to move to the Gunners’ camp in the summer but his asking price of 53 million pounds swayed the Gunners out of a deal.

In his stead, Arsenal bought Stephan Lichtsteiner and Sokratis to strengthen their defence.

The Emirates outfit have conceded 20 Premier League goals under Emery this season though are on a 21-match unbeaten run in all competitions.

Koulibaly was part of the fixture as Napoli were knocked out of the Champions League last night, losing 1-0 to Liverpool.

Arsenal hero Kevin Campbell took to social media to urge the Gunners to make a move for the 27-year-old.

Replying to a tweet from former Liverpool ace Don Hutchison, Campbell posted: “Arsenal should get sign (sic) him 100% ASAP.”

Though Koulibaly was praised by many for his performance at Anfield, former Manchester United star Rio Ferdinand was not impressed.

“You know he’s strong, you can’t get tight to somebody who’s stronger than you like that,” Ferdinand said.

“If you get tight, he feels you and uses you and rolls you, which he did to the full-back there.

“And Koulibaly, he stood him up, when past him one v one.

“That’s the first real question we’ve got to ask about Koulibaly, the centre-half.

“He came with a big reputation coming into this game and he got disposed of here.

“One v one, stood up, goodnight, and the goalkeeper here gambled.

Arsenal are set to host a much weaker team of Qarabag in the final Europa League group game on Thursday.