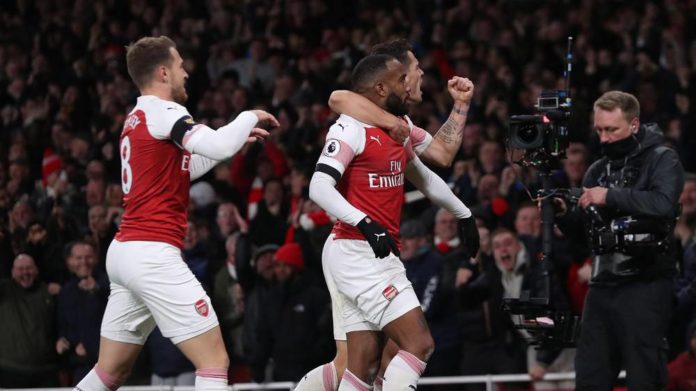 Its not the cut-throat and rampant brand of football that Manchester City are displaying or the clinical , fluid and precise football that Liverpool are playing that is in Arsenal’s armory but there is something about them that makes them one of the best in the land. 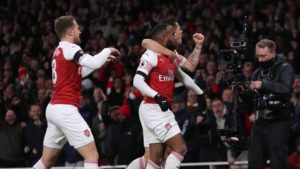 Something had been missing since so many years at North London. ‘An ability to dream’ perhaps some would say or ‘an urge to excel’ , whatever it may be, a revolution was the need of the moment at these parts. Unai Emery has done nothing short of a revolution. The Spaniard has galvanized hearts , ambitions and interests of everyone at Emirates starting from the players.

Alexandre Lacazette earned the Gunners a point at the Emirates Stadium on Saturday, cancelling out James Milner’s second-half opener to extend the north London outfit’s unbeaten streak to 14 games.Arsenal’s only previous encounter with current top-four opposition in the league was a pair of clashes against champions Manchester City and rivals Chelsea in August, losing both.

The Gunners haven’t had to look back after the defeat to Chelsea and have been undefeated ever since. With that in mind, one would find it difficult to separate Arsenal football club from some of the best in England.

“The Premier League is the first competition for us. It gives us the big regularity for the season – 38 matches,”  Unai Emery told reporters in his post-match press conference.

“It’s very important when you play against City, Chelsea and Liverpool and if you win it’s better.

“But the other games are important also because three points are the same against Liverpool or Crystal Palace or next week against Wolves. Today is one test, how we are against a team like Liverpool.

“Maybe after Manchester City and Chelsea, today we are more near those teams, but we need this quality in every match. Every game is important.”