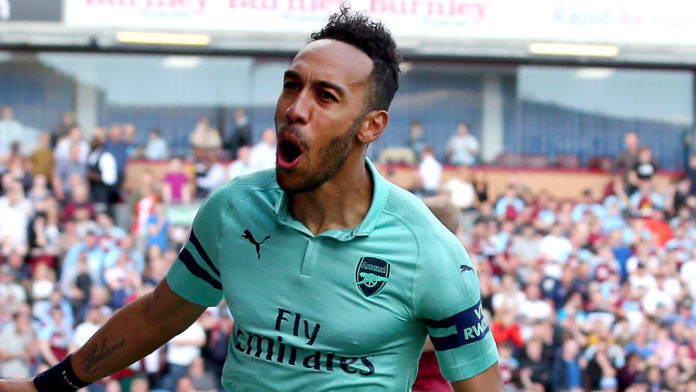 Pierre-Emerick Aubameyang scored twice as Arsenal completed a tough trip to the Turf Moor with a stunning away victory. Thus they completed the season with a victory. 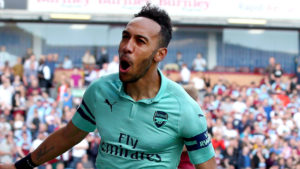 Aubameyang came to life in the second half as he inspired his side to an away victory by scoring 2 goals in 11 minutes. In the process he also went on to claim the Golden Boot along with Mohamed Salah and Sadio Mane.

After a goalless first half, the man from Gabon broke the deadlock in the 52nd minute when his right footed shot from the centre of the box found the bottom corner. Aubameyang was quick to pounce on Charlie Taylor’s error to open the scoring.

When the clock struck 63 minutes, Aubameyang doubled the lead with Alex Iwobi providing him with the assist. This goal saw him join both Salah and Mane on 22 goals.

Ashley Barnes struck one back for the hosts but Arsenal’s teenage sensation Eddie Nketiah scored at stoppage time to round off a stunning win for the gunners. Thus they rounded off the season with 70 points at 5th place.

Prior to the game, Arsenal’s top 4 hopes rested on them needing a 8 goal swing against their north London rivals Tottenham along with them losing. But the unthinkable did not take place and the gunners are now dependent on the Europa League finals to make it back among the Europe’s elite.