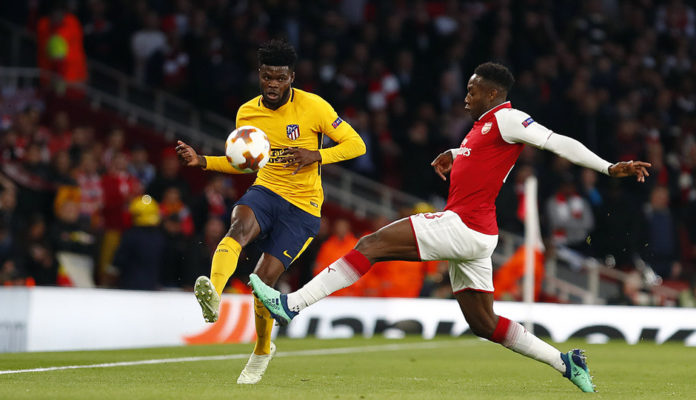 In recent news , Arsenal midfielder Aaron Ramsey is up for grabs. With less than half a year remaining in his Arsenal contract , and the management having withdrawn from contract negotiations , the Welshman is on his way out soon. Certainly it is a tricky task to replace this midfielder who has made almost 250 appearances for the North London outfit however The Gunners have a name on the list of possible replacements. 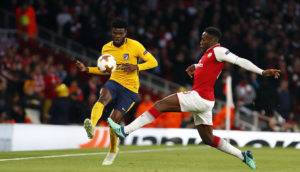 25 year old Ghanian midfielder Thomas Partey is plying his trade at Atletico Madrid at the moment and Arsenal are eyeing him for good reason. Gunner’s boss Unai Emery is known to appreciate tank like players like Partey who excel is crucial interceptions and fundamental tackling. Having not been a consistent part of Diego Simeone’s side, its a win-win for Arsenal and Partey if the transfer talks take substantial shape.

Emery has known Partey since his managerial reign at Sevilla. However, Emery’s former club have similar ambitions of signing the Ghanian who has a release clause of 70 million Euros which is a meager amount for the French capital side.