Yacine Brahimi has been brilliant for FC Porto since a few years and his contract has finally ended, making the Algerian a free agent. Despite West Ham’s interest in the winger, Arsenal are in talks to sign him. 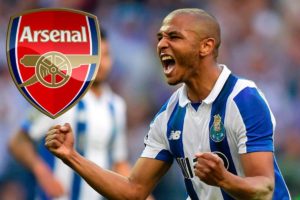 The Algeria international joined Porto from Spanish side Granada in 2014 and has since scored 53 goals in 209 matches.

Arsenal are set to miss out on Wilfried Zaha due to the massive fee set by Crystal Palace at 70M Euros. The North London outfit are eager to bolster their attack despite their low budget and it seems they’ll have to settle for the experienced Yacine Brahimi.