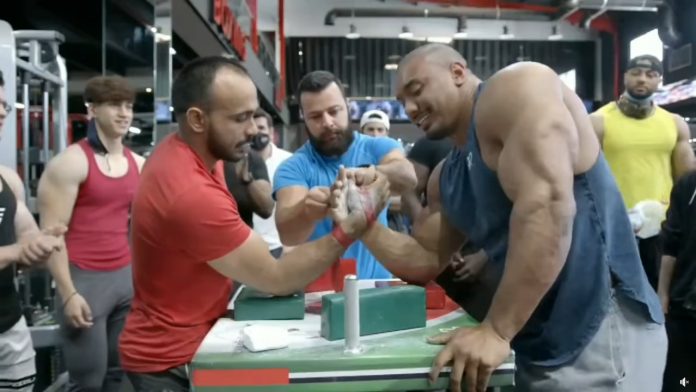 Hailing from Kochi, Rahul Panicker took on Larry Wheels, who is also known amongst the bodybuilding circles as the ‘World’s Strongest Bodybuilder’. The footage of their arm wrestling match has since gone viral on social media.

Rahul defeated Wheels in an exciting back and forth action and the Indian came from behind to defeat the much larger American. After having lost the first two-rounds, Rahul didn’t panic and instead kept his focus and ended up beating him in the next three rounds to ultimately win the Arm Wrestling match. 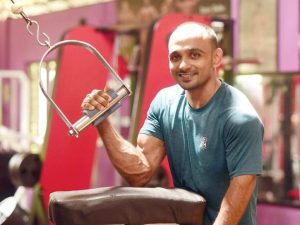 The fifth round was the highly entertaining one as initially, it looked like Wheels had the upper hand, but Rahul came from behind to dominate and beat him.

Rahul who has won six medals in the nationals is a software engineer by profession and Arm Wrestling is his hobby. His family has a long lineage in the sector of strength sports. His father, PT Panicker was also a powerlifter and won the title of Powerman of India. His uncle, Unnikrishnan Panicker was a weight lifting champion back in the day and has also coached the National team, so it was only natural that Rahul would gravitate towards sports.

He participated in his first Arm Wrestling match when he was in Class XII. He competed in the district level championship, but couldn’t win the tournament. He then bounced back and two years later bagged silver medals in the district and state championships.

“This time I finished second in the district and also second in the State,” he says. “While I couldn’t go for the nationals that year because I was studying, the win gave me a lot of confidence and I started promoting the sport among my friends and batchmates.” (H/T – Indiatimes.com)

The Indian Arm Wrestling scene is booming with the emergence of the Pro Panja League, which is spearheaded by Bollywood celebrity, Parvin Dabas and Preeti Jhanjiani. The Pro Panja League is India’s premier Arm Wrestling league in India and also the fastest-growing Arm Wrestling league in the world. It has almost four lakh followers on Facebook. It successfully conducted it’s first event back in February of 2020 in Delhi. The event was a big hit as it had VIP guests which included Indian Sports Minister, Mr Kiren Rijiju and Boxing superstar Vijender Singh. 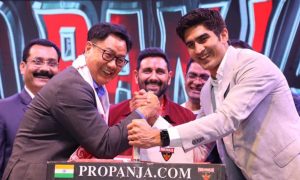 Following the first event, the Coronavirus pandemic hit India hard and the entire country was under lockdown and Pro Panja League respected the government mandate to put a pause on the live operation operations.

The upcoming event is taking place later this month and it will feature multiple super matches featuring the winners from the inaugural PPL event. If Rahul gets the opportunity to compete in the Pro Panja League, who would you like to see him compete against?