Former Sri Lanka captain Arjuna Ranatunga hit out at the Sri Lankan board for hosting the Indian cricket team’s second-string squad for a limited-overs series. Ranatunga laid the blame on the administration and termed this move as nothing short of an “insult”. 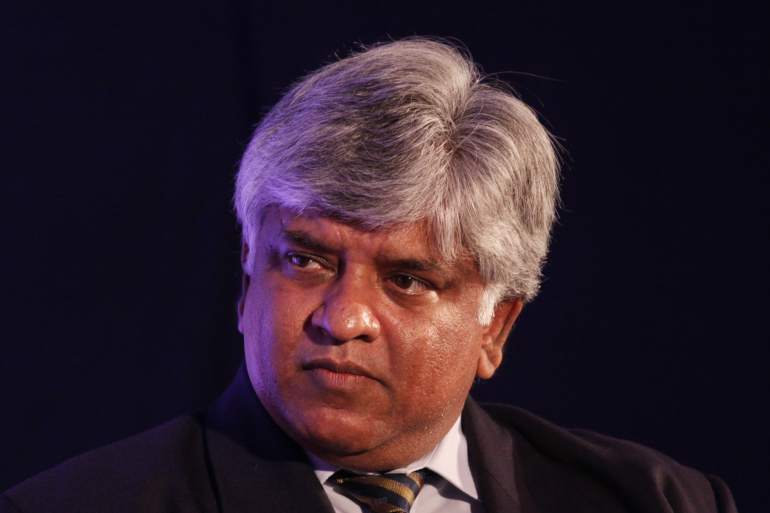 India will tour the neighbouring island nation for 3 ODIs and 3 T20s led by interim coach Rahul Dravid. The WTC Finalists have arrived in the nation with a squad largely comprised of backup players as the first team will be involved in a five-match test series in England.

Shikhar Dhawan will lead the white ball squad for the very first time as India aims to narrow down their choices for the upcoming T20 World Cup.

Sri Lanka’s World Cup-winning skipper claimed that the board have buckled down to the television marketing needs.

“This is a second-string Indian team and their coming here is an insult on our cricket. I blame the current administration for agreeing to play with them due to television marketing needs,” Ranatunga told reporters

“India sent their best team to England and sent a weaker side to play here. I blame our board for that,” he added

Sri Lankan cricket, at the moment, is in utter peril. Following their poor string of outings in the World Cup and the World Test Championship, Sri Lanka have followed it up with their fifth consecutive series loss in T20s.

The team were whitewashed comprehensively by England in the three-match T20 series and are trailing 2-0 in the ODI series as well. To make matters worse in the completely mismatched series, three Sri Lankan cricketers were caught in breach of the safety protocols and were sent home as a result.

He mentioned that had he been the captain of the current Sri Lankan team, he would have slapped the players for their actions.

“If I was the captain of the team, these three players would have been clever players. I may have to slap them two or three times. I would not allow the players to play with social media. They use Facebook, Instagram and do everything other than playing cricket. The Cricket administration was doing nothing about that. They only want publicity,” Arjuna Ranatunga told Daily Mirror Online.

The landslide of Sri Lankan cricket is a sorry sight, and Ranatunga demands an overlook and a change in the local administration and recommended an interim committee to manage Sri Lankan Cricket. It is to be noted that the current administration panel of the board was elected only a few months ago.