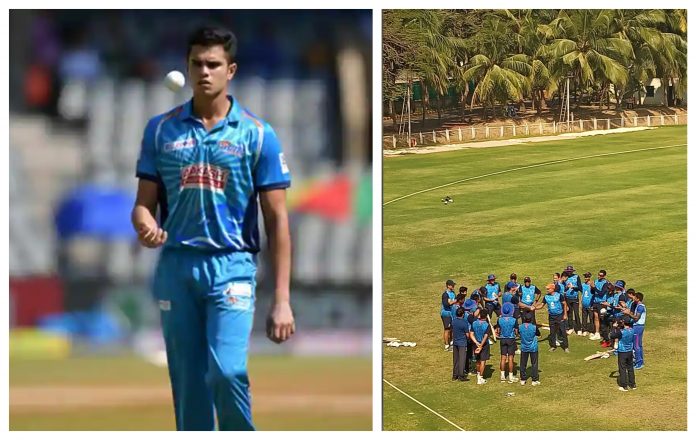 Sachin Tendulkar had made his final appearance for Mumbai against Haryana shortly before his retirement from the sport. It seems fitting that his son, 21-year-old Arjun Tendulkar also make his debut against the same opposition albeit in a different format altogether. The youngster made his first senior appearance for the Mumbai team in an Elite E Group match against Haryana at the Bandra-Kurla complex in the city.

After playing consistently in age-group crickets over the years, the budding left-arm all-rounder was selected to represent the Mumbai senior team in the Syed Mushtaq Ali T20 tournament. The Salil Ankola led selection committee included Tendulkar in the squad after the BCCI had permitted the selection of 22 players in the contingent. 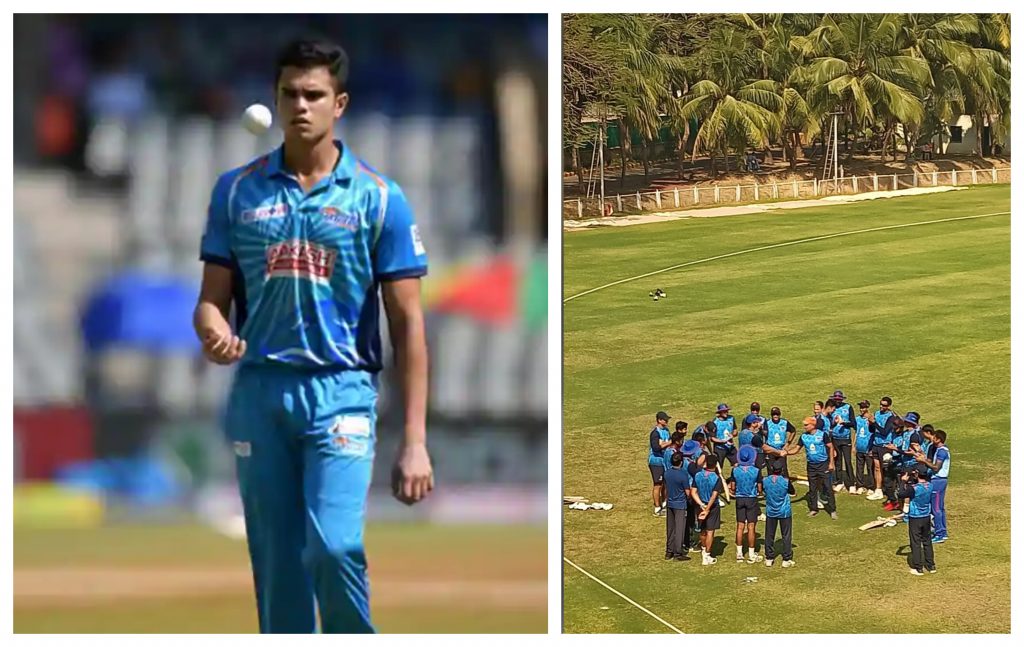 Tendulkar’s claim to fame so far has been his participation in the India U-19 team in a tour to Sri Lanka and bowling in the Indian camp nets.

The Mumbai team, coming from a numbing loss to Kerala in the previous fixture were put in to bat first by the visiting Haryana team. Captained by Mohit Sharma, the Haryana squad demolished the Mumbai batting line-up. Suryakumar Yadav, Siddhesh Lad, Shivam Dube and Shams Mulani all registered ducks as they found themselves reeling at 56-6 in the ninth over.

A rescuing partnership between Sarfaraz Khan and Atharva Ankolekar guided the team to 143. Tendulkar junior walked out to bat following the dismissal of the ninth wicket, but did not get an opportunity to play and remained unbeaten on 0 off 0 deliveries.

Defending a below-par total of 144, Mumbai were in dire need of quick wickets. Left-arm spinner Shams Mulani was the first to strike and Arjun Tendulkar followed it up with his debut wicket in the very next over itself to reduce Haryana to a score of 27-2.

The left-arm pacer struck in the very first ball of his second over of the spell. Boasting a long run-up and potent release point, he was able to get the edge of Chaitanya Bishnoi and the catch was comfortably taken by wicket-keeper Aditya Tare. Watch the youngster’s maiden wicket below:

Here's the exclusive video of Arjun Tendulkar getting his first wicket!!

However, it all went downhill for him and the Mumbai unit. The pair of Himanshu Rana and Shivam Chauhan stitched an unbeaten 117 run partnership for the third wicket to hand Mumbai their second consecutive defeat. Tendulkar went for 34 runs in the 3 overs that he bowled, returning 1 wicket in the process.

Mohammed Siraj abused AGAIN by Australia fans at the Gabba