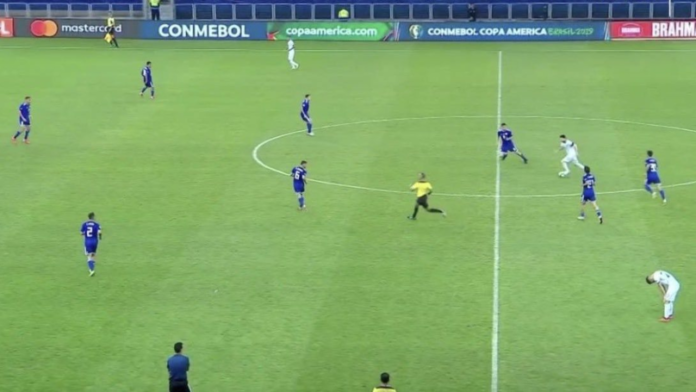 Argentina are in their biggest slump over the last 2 decades as the team failed to go past the Quarter Finals in the World Cup and now are finding it immensely difficult to get across the group stages of the Copa America 2019 after losing two nil and drawing one each against Colombia and Paraguay respectively. 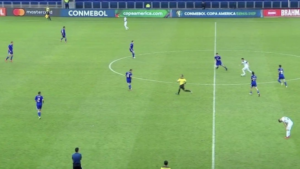 The Albicelestes could only savage a point thanks to a penalty from Messi, and one particular moment involving the Barcelona man sums up a desperate performance.

With a lack of options ahead of him, Messi is left to try and unlock Paraguay’s defensive line on his own.

This is represented in the image above and is truly a reflection of what team Argentina has been for many years now.

This draw against Paraguay puts Argentina in the bottom of their group and has made the situation quite dicey for the men in stripes.

The two best third-placed teams advance to the quarter-finals, meaning Argentina will be knocked out of the tournament with anything less than a win against Asian Cup winners Qatar.