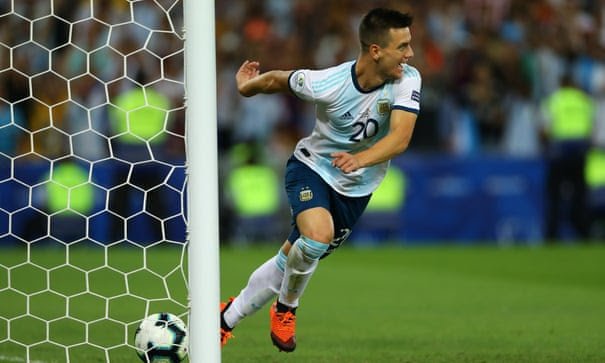 Argentina eased past Venezuela in the quarter final of Copa America with a margin of 2-0. Lautaro Martinez and Giovani Lo Celso scored for the Argentina National side to help them going through to the semifinal of the prestigious tournament. They will now face Brazil in the semifinal on 2nd July. 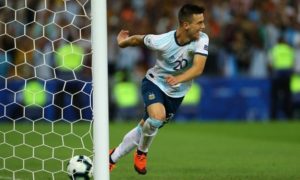 Lautaro Martinez scored the first goal of the match at the 10th minute. The ball was provided by the star Argentine centre forward Sergio Aguero. However, the match went very much physical after that. 5 players were shown yellow card in the first half of the match. Out of them, 3 were from Venezuela and 2 from Argentina.

In the second half of the match, Lautaro Martinez was replaced by Angel Di Maria. Giovani Lo Celso came in place of Marcos Acuna. Giovani Lo Celso scored the second goal of the match at the 74th minute and this goal sealed the win for Argentina. They went through to the semifinal of the tournament with a comfortable win against Venezuela. However, the challenge against Brazil will not be easy for them. The main concern of the coach of Argentina will be the form of their captain Lionel Messi. They will certainly expect Lionel Messi to deliver against their arch rivals.