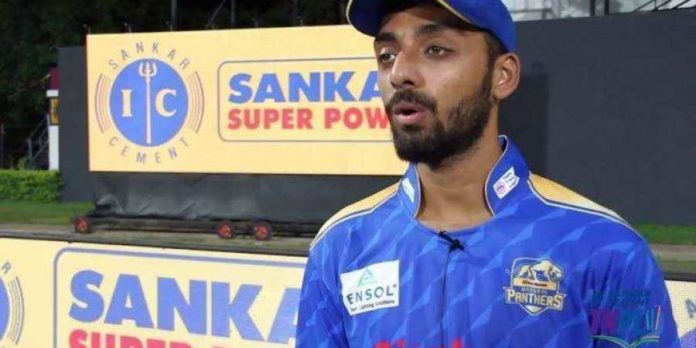 Varun Chakravarthy, the spin sensation from Tamil Nadu who gave up a career as freelance architect to pursue his dream of playing cricket has been one of the hot buys in the IPL auction this year. Chakravarthy in an interview to Siechem Madurai Panthers said how initially till 17 years of age he was a wicket-keeper. But as circumstances took a different turn he had to leave his dream of playing cricket and became an architect. Chakravarthy, who had a base price of INR 20 lakh, finally got an amount of INR 8.40 crore and was bagged by Kings XI Punjab. His bowling variation is one of the key components which fetched him such a massive price in the IPL.

Chakravarthy has risen to prominence owing to a strong showing in the Tamil Nadu Premier League. He has been widely credited for Siechem Madurai Panthers maiden TNPL title win this year. Varun took a total of 9 wickets in TNPL playing for Siechem Madurai Panthers. He continued his rich vein of form in the Vijay Hazare Trophy in which he took 22 wickets playing for Tamil Nadu.

He credits bowling a lot of spin variations to the fact that he played a lot of tennis ball cricket. He attributed that in while playing tennis ball cricket one has to ball faster and need to have a lot more variations. The mystery spinner has a total of eight bowling variations which can prove to be quite difficult for the batsman to read.

Varun further elaborates that he decides which ball to bowl while he takes the run up and does not change once he decides to bowl that. “My good show in the Vijay Hazare Trophy brought me to prominence and probably IPL franchises would have taken note. I am looking forward to sharing the dressing room with the big names of the game,” he told to PTI.